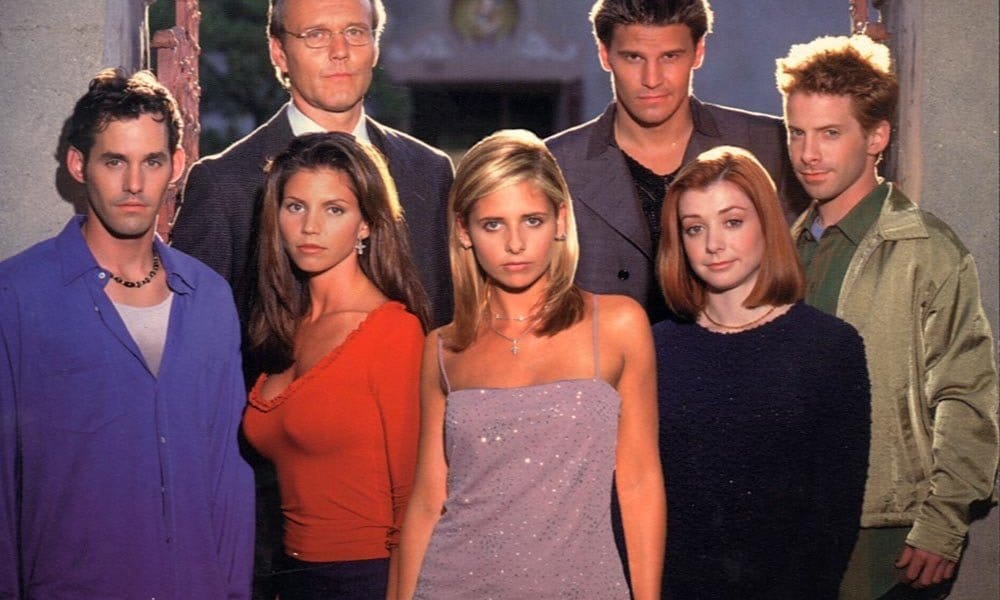 The cast of Buffy the Vampire Slayer reunited for the 20th anniversary of the show, and in a video interview, they talked about whether a revival was possible at some point.

Sarah Michelle does not see it happening.

“At a certain point, when things are magical, you don’t want to go back and Godfather III it—right? I’m sure the fans are incredibly disappointed to hear that answer, but I think they’d be more disappointed if we created something and it didn’t live up to the expectation because the expectation is so incredibly high. And I love that it can live in comic form and graphic novels. There are so many worlds it can live in.”

However, Joss Weadon, the creator of the show thinks there’s a possibility.

“Everything sort of finds its way back somewhere. I’ve been trying deliberately to move forward and do something a little bit different. But yeah, the great thing is everybody looks great, and the other great thing is the show is about growing up.

“If we did it with these guys, they’d be the age they basically are. They’d probably play a little younger because they can do that. But yeah, you’d see somebody going through their life at a different stage. It wouldn’t be like, ‘I can’t believe we’re still in high school! I wear Depends!’”