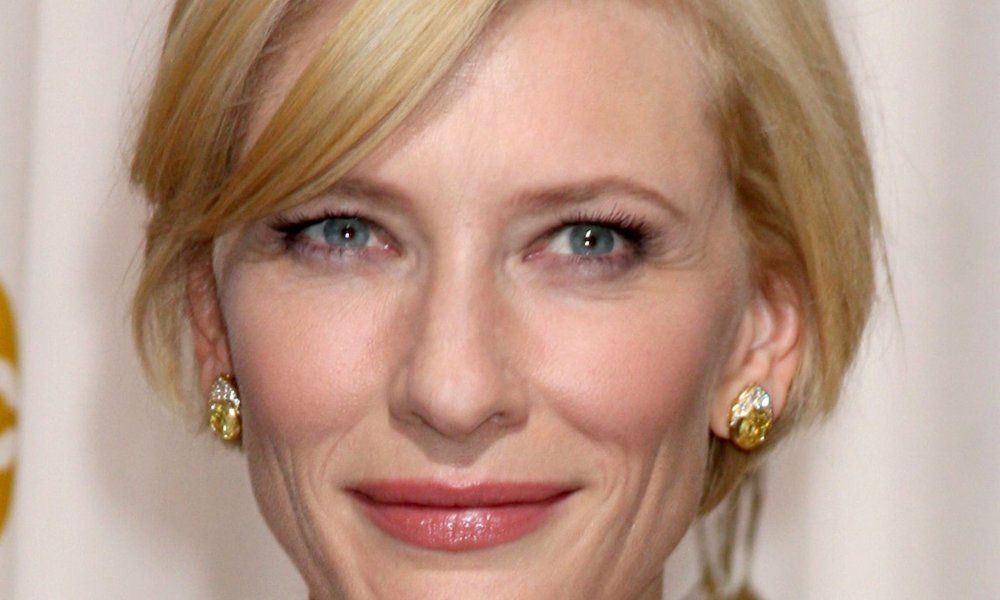 Cate Blanchett’s a smart, sophisticated actress who’s best known for her award-winning performances in movies like The Aviator, Elizabeth and Blue Jasmine.

During a recent interview with Yahoo Beauty, Blanchett spoke not only about her work on screen and on stage, but also about her hatred for social media, admitting she mainly stays away from social sites. Blanchett also spoke about everyone’s favorite pastime…taking selfies.

When asked why it’s such a huge deal for women to go makeup-free for certain movie roles, the 46-year-old responded by saying:

“I think it’s because people constantly are taking pictures of ourselves to send them to people to see if they like me, “do they like me?” It’s pathetic, the whole thing about people worrying about what other people are going to think.”

When asked about selfie culture itself, Cate said this:

Then the Australian native discussed the pros and cons of our social media-obsessed society. She said:

“Comes back to self-respect. It’s this huge thing. ‘Like me! Like me!.’ The like and the dislike is just totally primary schoolyard. I cannot for the life of me work out why adults are participating in that sh*t. There is so much great stuff on social media, I don’t want to be on a soap box about it.”

The pros – “I think it’s a genuine way to build community and, we tell ourselves we live in democracies, but really the media runs a lot of the way opinions are formed.”

The cons – “…But, the downside with social media is it divides people really quickly and sets up rivalry and jealousy and a sense of the life over there is better than the life over here.”

What do you think about Cate’s harsh comments on social media and our selfie culture? Does she have a point? Are we a self-absorbed, co-dependent society?