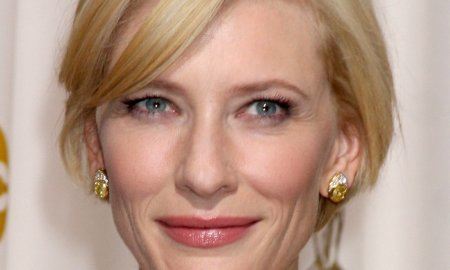 Sometimes it takes a stint behind bars before your guy appreciates you. RHONJ spouse, Joe Giudice, is currently holding down the family fort while his wife, Teresa, serves time, and the domestic duties are getting him down.

“It’s always a pain in the ass without her here. You know, when she was here it was a lot easier,” said the de facto single dad in an ET interview.

He goes on to say, “I’ve always been a father. I’ve always done everything but Teresa did all the driving around, running around, paying for everything and doing all this and doing all that. I never knew how many expenses there are just in the activities. Damn, cheer’s expensive. Damn, soccer’s expensive. Everything’s expensive, but I enjoy it. It’s fun watching them and they did really good. I’m like the mom — I’m like the cheer mom and whatever.”

It’s hard to feel a lot of sympathy for the Bravo stars, who still manage to have photoshoots, interviews and media attention despite their crime. The couple was convicted for bankruptcy, mail and wire fraud, and are serving a staggered sentence so someone can be there for their four daughters, Gia, Gabriella, Milania, and Audriana.

Teresa is currently in the midst of her 15 months, while Joe will begin his 41 month sentence after she gets out. She is up for early release, and will apparently be home for Christmas.

Expect the cameras to be rolling for the homecoming.

So what’s poor Joe’s coping strategy for getting through this ordeal? “Few glasses of wine at night. Go to bed. Wake up the next day,” he explains.

Rumors that the 43 year old has stepped out on his wife while she’s been in the slammer have circulated, but Joe denies it. When asked about it, he firmly said, “No. I never go on dates. I would never go on a date with anybody. That would be stupid of me.”

It’s also pretty stupid that their crime is being rewarded with more time in the spotlight.

Bravo will air a three-part special on the Giudice famil on The Real Housewives of New Jersey: Teresa Checks In premiering on Sunday, Oct. 11 at 8 p.m.

Are you going to tune in?