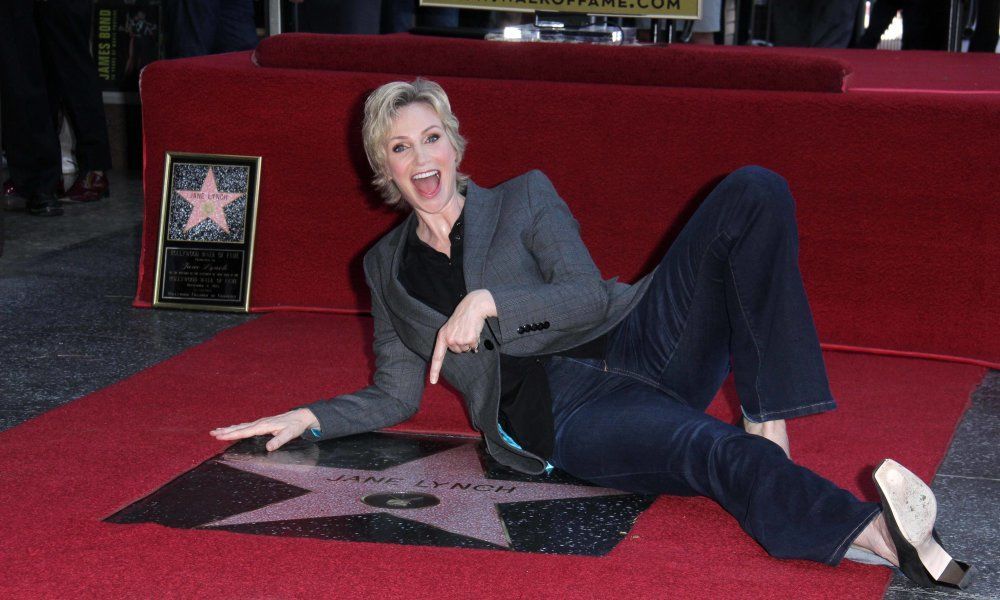 After an ominous delay from the Fall schedule until midseason, Jane Lynch’s new show Angel From Hell is finally upon us … and the results are pretty terrifying. Of course, even when the sitcom was announced, it was hard to get excited, especially since the show relies on such a tired concept as the guardian angel watching over the young person who’s a total mess. Even the whole “I’m really good but I’m also crass and loud” thing has already been done to death. In other words, you could say that pretty much no one was expecting good things from this one.

Well, reviews are beginning to leak out, and they confirm what mostly everyone thought.

Lynch plays Amy, a guardian angel who’s job it is to get the tightly wound Allison (Psych’s Maggie Lawson) to calm down a bit. The New York Times summed the plot up as, “the latest wrinkle on a woman’s inability to have it all — try too hard and a guardian angel will come down and make jokes at your expense until you agree to that 2 p.m. margarita.”

Variety was even more brutal in their critique, calling the show “harmless” and “grating” and even opening their review by saying the Angel From Hell, “does aremarkablething: It makes the viewer want to avoid spending time with Jane Lynch and Maggie Lawson, both of whom are very appealing and talented performers.”

In other words, the show seems to be kind of a trainwreck. And for two people as talented as Jane Lynch and Maggie Lawson (more Lynch than Lawson, honestly), it would be a shame to see them languish in a show that deals in this kind of sentimental tripe.

So you might consider this article’s headline to be more wishful thinking than actual prophesy. After all, over the course of TV history there are myriad examples of shows that sucked but still enjoyed immeasurable popularity. Let’s all bow our heads and pray for a quick cancellation so Jane Lynch can move on to something worthwhile.