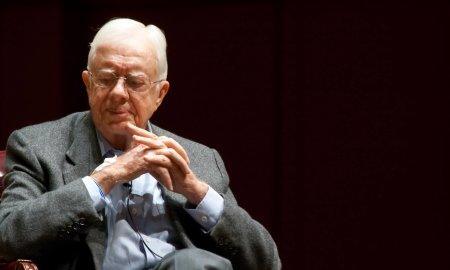 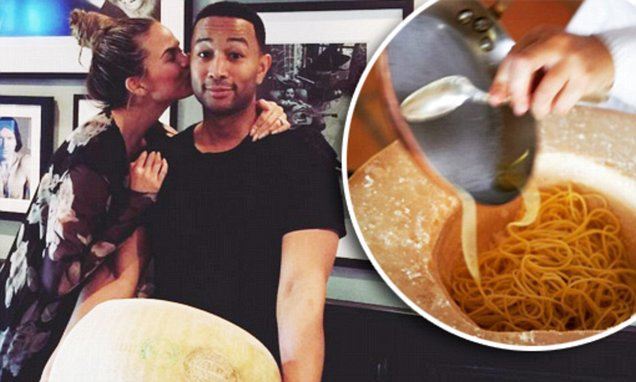 Chrissy Teigen and John Legend seem like a pretty romantic duo, so it’s no surprise that John’s gift to Chrissy this Christmas fulfilled one her lifelong dreams. But this was no average gift, it’s pretty much the cheesiest thing around. Literally. That’s right, John got Chrissy a giant wheel of cheese.

“John got me my lifetime dream for Christmas! A cheese wheel to dump pasta and risotto in for years to come! My tableside serving game is bout to be liiiiiit! Heading out to relax with the fam now woohoo!”

It’s no secret that Chrissy is a huge foodie and does lots of cooking for her family and friends. Chrissy also posted a shot that explains how the cheese wheel works.

“If you haven’t seen one of these wheels in action oh man, it is a thing a beauty. Hot pasta is tossed around, gently melting the cheese and plated right at your table. ??? It makes me emotional”

Sounds like it’s going to be a happy holiday for Chrissy and John, who are currently expecting their first child. Chrissy has been pretty open about the pregnancy cravings she has experienced so far, and even has her own cookbook coming out. Earlier in the month she tweeted about it’s order status with a photo of the cover.

“Oh crap oh crap! My cookbook is available for pre-order and officially has a cover debut which is nowwwwwww! Ah! I’m really nervous for some reason. this is my baby. er my other baby. #CravingsCookbook.”

Cravings will offer “recipes for all the food you want to eat.”