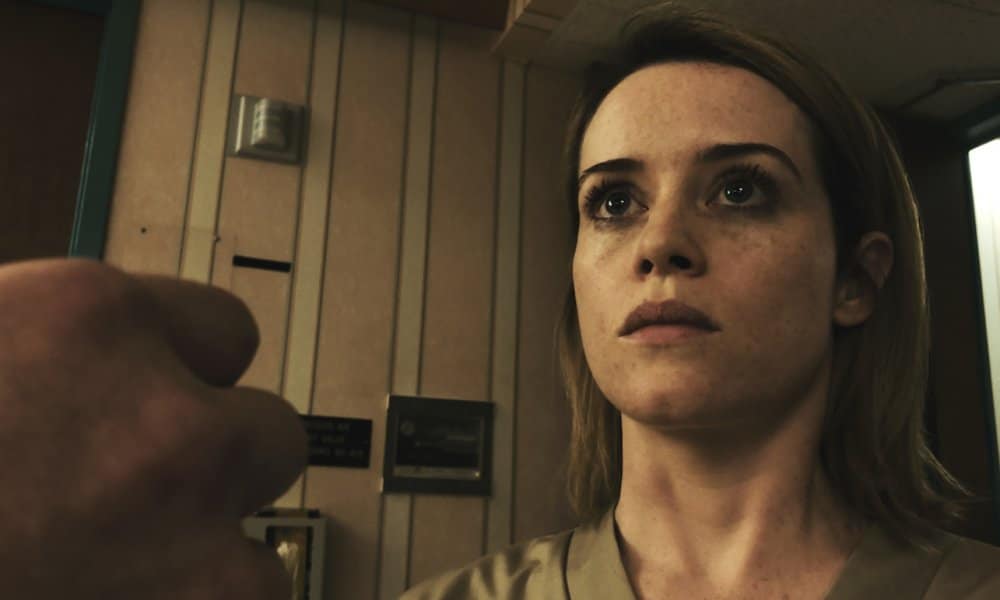 Production notes released today from Bleecker Street Media’s Unsane shine a light on the integral role that the film’s star, Claire Foy, played in developing the film’s characters. It’s a revelation that adds to the feeling that Soderbergh’s next movie just might be more than “the movie he filmed on the iPhone.”

There’s a whole lot of hullabaloo surrounding the technical side of Steven Soderbergh’s upcoming thriller since news broke that the entire movie was shot on an iPhone. More interesting, the decision was made not to reinforce some narrative thread (as in the found footage genre), but in some abstract attempt to illustrate that real art can be created using any tool, all you need is the right motivation and a little creativity.

As laudable as Soderbergh’s goal is, when Unsane hits theaters on March 23, the director’s production gambit just might get overshadowed by Foy’s portrayal of a shattered woman questioning her sanity.

Foy stars as Sawyer Valentini, a woman who relocates to a new city to recover after being hunted by a stalker. Her situation takes a turn for the dire when Sawyer is involuntarily committed to a mental hospital where her stalker may or may not be an employee. As Sawyer navigates the hospital, she’s left to wrestle with the idea that she may very well be losing her mind.

Soderbergh’s first notice of Claire Foy came when the actress won a Golden Globe in 2017. Her sweet-natured acceptance speech charmed Soderbergh, who turned to the actress’ Netflix series The Crown. He quickly found himself further impressed with Foy’s ability to transform on the screen. As Unsane prepared to ramp up production, Soderbergh flew to London and ended up speaking to Foy for nearly three hours before offering her the part.

The actress confessed that she was intrigued by the challenge. However, she wasn’t scared by the script. Co-writer James Greer explained in today’s production notes, “the finished movie hews pretty closely to what we first wrote. But one character was added in, partly because when Claire first read the script, she felt that the stalking elements and the presentation of the character of Sawyer’s stalker David Strine weren’t scary or omnipresent enough.”

So, if you head out of Unsane with a tinge of paranoia hovering over you, you may have Claire Foy to thank, in part.

Judging from the way Claire Foy commands the Unsane trailer, and judging by the brief shots of her potentially fictitious stalker, it’s plenty scary. Whether or not Soderbergh’s iPhone gamble pays off may be irrelevant, because Unsane looks to have all it needs to thrive in its versatile lead performer.