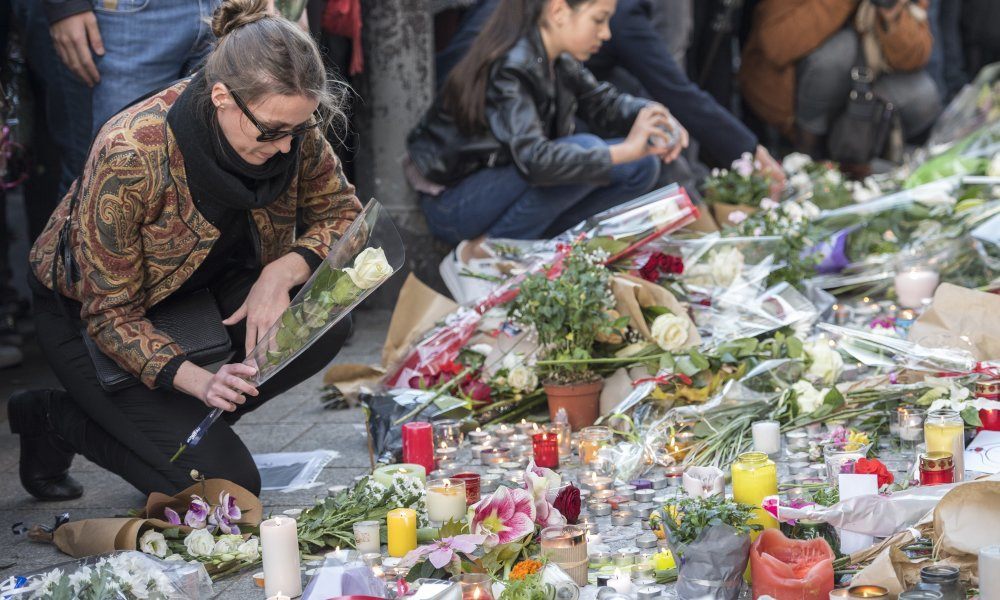 The Eagles of Death Metal weren’t expecting anything more than their typical rowdy set when they took the stage November 13 for a performance at the Paris’ Bataclan. A few songs in, three men wearing suicide vests and carrying weapons entered the theater and opened fire on the unsuspecting crowd. Of the 130 lives lost in Paris on that terrible day, 90 of them met their end at the Bataclan.

There’s perhaps no city as resilient as Paris, though, which has rebounded from the attacks in such fine form their example should serve as a guideline for other countries bombarded by terrorism. As the city mourns its loss, it has also maintained a stalwart dedication to soldiering on. The French people have loudly proclaimed that they will not be made afraid, that they will not sacrifice their freedom at any cost. It’s an inspiring message that’s been buoyed by the parade of artists and celebrities who have flocked to the city to show their support.

Last night, U2 took the stage at Paris’ AccorHotels Arena to perform for a packed house. Towards the end of the performance, however, Bono handed the stage over to the Eagles of Death Metal, who were greeted by thundering applause as they performed a kinetic cover of Patti Smith’s “People Have the Power.” The group expressed their joy at being able to play in the city so soon after the attack and reaffirmed their desire to get back into the Bataclan. The rebellious sentiment from Monday night was supported by a tear-filled visit to a memorial outside the theater where the worst of the carnage took place.

The group’s bravery in the face of the attacks have made them something of a figurehead in the wake of the event, but the real star here is the city of Paris, a town with a lust for life so strong that no amount of evil can beat it.