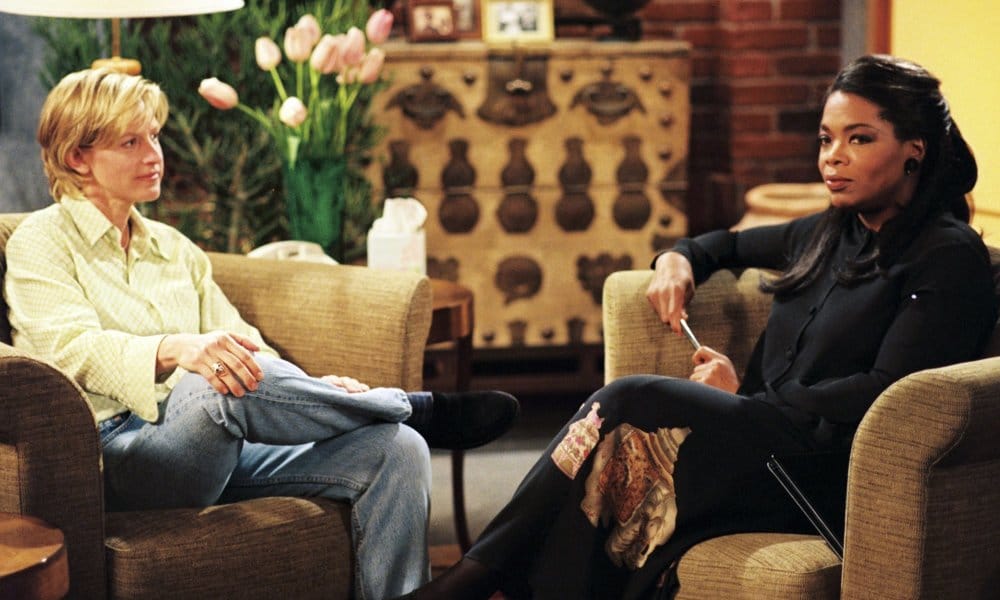 Ellen Degeneres has opened up about the episode of her sitcom Ellen where she revealed that she was gay. “The Puppy Episode” aired April 30, 1997 and required some back and forth with the network to get made at all.

She admitted that she knew it was a career risk but that it just felt like something that needed to be done.

“I was doing just fine. The show was a success, my career was a success and there was no real reason for me to do it other than I did some work on myself, some deep soul-searching, and realized I was really carrying around a lot of shame.

“No matter how many times I tried to rationalize that I didn’t need anyone to know, I knew that it was a secret. And I knew that there was a possibility that people would hate me for the simple fact that no matter how much they loved my comedy or my show, but they might hate me if they knew I was gay.

“It became more important to me than my career. I suddenly said, ‘Why am I being, you know, ashamed of who I am just to be successful and famous in society’s eyes?’… And then I thought, the character on the show is clearly struggling. There’s no relationship. It was pretty clear it would be an easy transition for her to realize she was gay, which was why her relationships with men weren’t working out.”