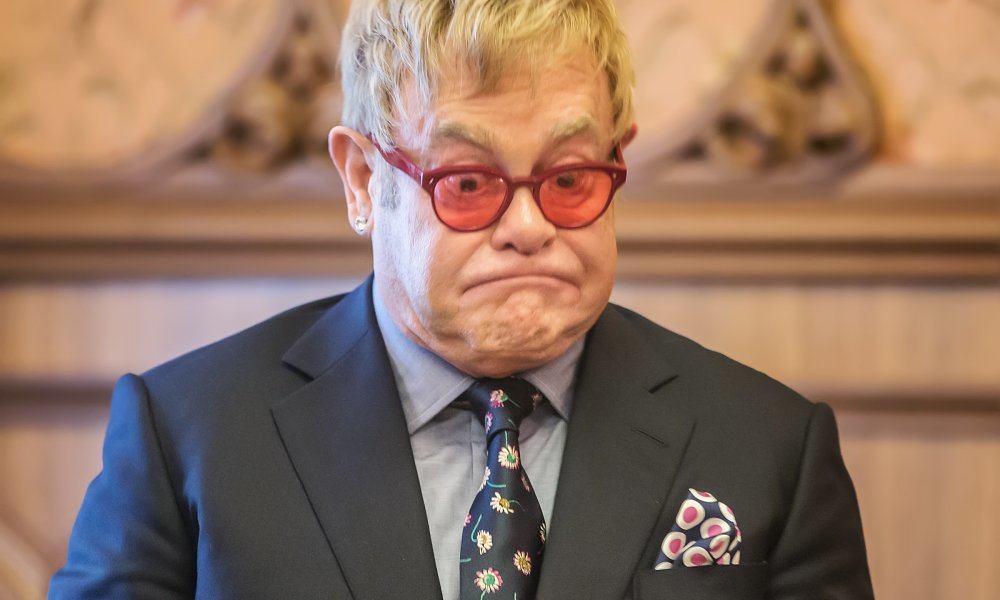 Elton John fell for a radio station prank, in which two Russian comedians convinced the music icon he was in conversation with Vladmir Putin vying to set up a meeting to discuss LGBT rights.

The singer recently met with President Petro Poroshenko of the Ukraine, so this wasn’t exactly out of left field. John has been quite vocal about wanting to meet with the Russian President on this important issue. He declared in a recent BBC interview, “I’d love to sit down with him and talk to him,” but admitted, “it’s probably a pie in the sky”.

So when the phone rang on September 14, one could forgive him for believing that the callers were genuine.

During the 11 minute phone call, comedians Vladimir ‘Vovan’ Krasnov and Alexei ‘Lexus’ Stolyarov pretended to be Putin and his translator.

“He heard that you wanted to talk to him about important problems of the Russian life,” they explained, to which John eagerly responded, “That is incredible. … I’m not a politician but I would love to sit down with the president and discuss things face-to-face.”

They agreed to meet in November and even discussed attending Moscow’s gay pride parade.

Understandably, John was thrilled, later writing on his Instagram, “Thank-you to President Vladimir Putin for reaching out and speaking via telephone with me today. I look to forward to meeting with you face-to-face to discuss LGBT equality in Russia.” The media followed suit and ran with the story.

However, the Kremlin then released a statement saying no official meeting between the Putin and the “Rocket Man” singer is in the works. In regards to the pranksters, the spokesperson advised, “I would recommend them to offer apologies to Elton John…who’s respected and loved by the Russian audience.”

Elton John was the first Western singer to sing onstage in the Soviet Union, back in 1979. He’s an outspoken activist for gay rights across the globe, and has been openly critical of Russia’s anti-gay laws.

Rather than get upset about being duped, he turned the scam into a platform to promote the cause. He declared on Instagram:

“Pranks are funny. Homophobia, however is never funny. I love Russia and my offer to talk to President Putin about LGBT rights still stands. I will always stand up for those that are being degraded and discriminated against. If this unfortunate incident has helped push this vital issue back into the spotlight, then I am happy to be pranked on this occasion.”

Listen in to the phone call here, and let us know what you think of the prank.