Jessica Simpson Has Given Birth to Her Third Child

Jessica Simpson Has Given Birth to Her Third Child 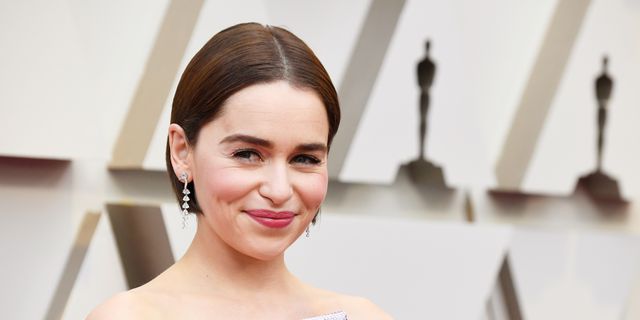 Not even multiple life-threatening health scares could stop Emilia Clarke from playing the part of Queen Daenerys Targaryen on Game of Thrones.

In a new essay for The New Yorker released today, the 32-year-old shared that she faced some potentially deadly health issues during the filming of the first season.

Clarke recalled moments of childhood trauma that were likely warning signs: “Sometimes I got a little light-headed, because I often had low blood pressure and a low heart rate. Once in a while, I’d get dizzy and pass out. When I was fourteen, I had a migraine that kept me in bed for a couple of days, and in drama school I’d collapse once in a while. But it all seemed manageable, part of the stress of being an actor and of life in general. Now I think that I might have been experiencing warning signs of what was to come.”

The actress went on to share about an incident in 2011: “I immediately felt as though an elastic band were squeezing my brain. I tried to ignore the pain and push through it, but I just couldn’t. Somehow, almost crawling, I made it to the locker room. I reached the toilet, sank to my knees, and proceeded to be violently, voluminously ill. Meanwhile, the pain—shooting, stabbing, constricting pain—was getting worse. At some level, I knew what was happening: my brain was damaged.”

An MRI later revealed Clarke had a subarachnoid hemorrhage (SAH): an “aneurysm, an arterial rupture, a life-threatening type of stroke, caused by bleeding into the space surrounding the brain.”

After learning that nearly one third of SAH patients die immediately after their aneurysm, she was rushed into brain surgery to seal off the bleeding. The procedure went well, but Emilia was stuck in unbearable pain, and developed aphasia, which is the inability to understand and express speech. After the aphasia passed, she was released from the hospital after a month long stay.

Then, in 2013, doctors discovered her aneurysm had doubled in size during a routine brain scan. The doctors operated immediately: “When they woke me, I was screaming in pain. The procedure had failed. I had a massive bleed and the doctors made it plain that my chances of surviving were precarious if they didn’t operate again. This time they needed to access my brain in the old-fashioned way—through my skull. And the operation had to happen immediately.”

After the procedure Clarke recalled: “I looked as though I had been through a war more gruesome than any that Daenerys experienced. I emerged from the operation with a drain coming out of my head. Bits of my skull had been replaced by titanium. I felt like a shell of myself. So much so that I now have a hard time remembering those dark days in much detail. My mind has blocked them out. But I do remember being convinced that I wasn’t going to live.”

Today, the bubbly actress is 100% healed, which seems like a miracle considering the severity of her conditions. You can watch her on season 7 of Game of Thrones on HBO. Also, check out her charity, SameYou, to help people recovering from strokes and brain injuries.