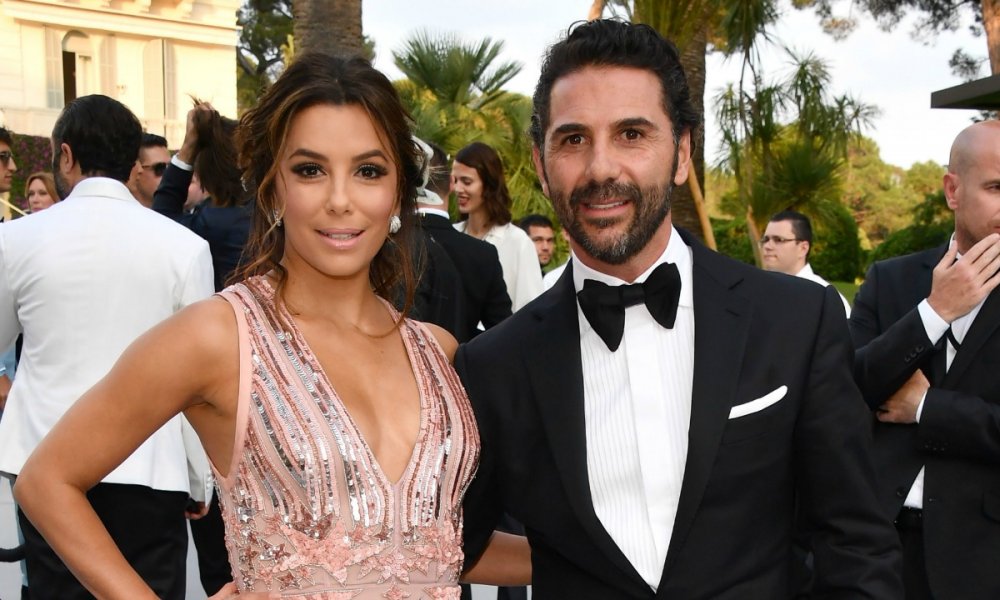 Eva Longoria is reportedly expecting her first child with husband Jose Baston. A rep for the 42-year-old actress confirmed that she is four months along and expecting a baby boy. People first started speculating that Longoria might be pregnant while she was on a September vacation in Greece.

She spoke out at the time saying that she saw some photos of herself looking fat and wanted to explain. (Which she attempted by explaining that she ate a lot of food on the vacation.)

“I have to tell you, all I did was eat cheese. So that’s the news of the day. I’m not pregnant, just eating a lot of cheese, a lot of wine, a lot of pancakes.”

She went on to explain that she’s lactose intolerant which made her look even bigger, since she had eaten so much cheese. She went so far as to say that she agreed that she looked pregnant in the photos but that she was not. Now it’s clear that she was, in fact, pregnant at that point in time and must have felt like it was pretty important to keep things under wraps for as long as she possibly could.

The baby will be the first for Longoria and the fourth for Baston who has a family with his ex-wife Natalia Esperón. Longoria and Baston married in 2016. After the wedding, Longoria made it clear that she was in no rush to start a family since she already had gained some stepchildren. But she did not shoot down the possibility of having kids with him at some point in the future.

“We have a family. Three kids, so we’re just continuing with our family we have now and waiting…We’ll see.”