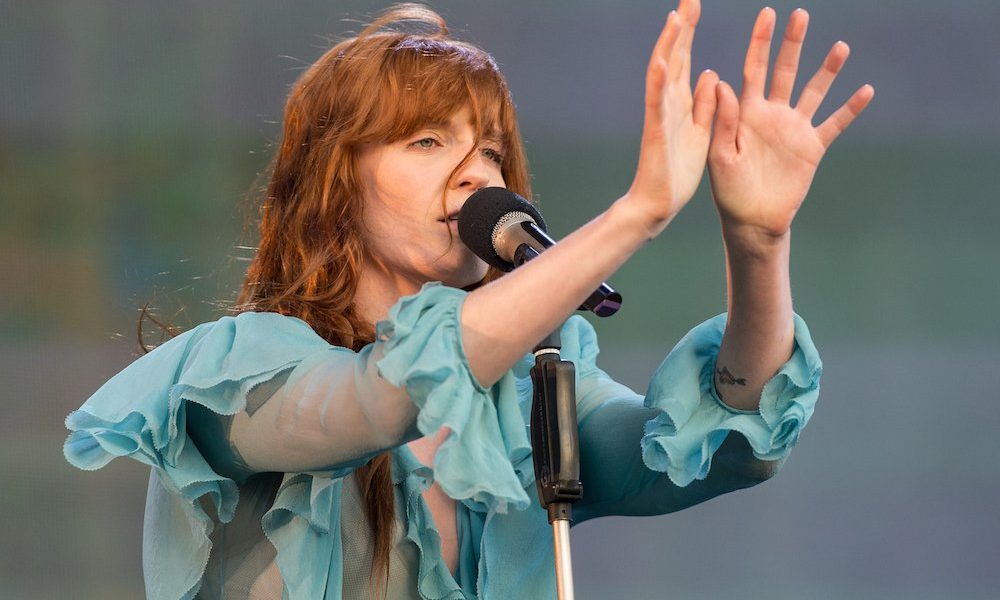 Today, Florence + the Machine announced dates for a 23-city North American tour beginning on August 5 in Montreal and ending on October 20 in Minneapolis. Accompanying Florence + the Machine on the road is a variety of opening acts including St. Vincent, Kamasi Washington, Billie Eilish, Beth Ditto, Grizzly Bear, Perfume Genius and, Wet. Openers rotate in and out for different dates during the tour.

The British indie rock group is hitting the road in support of their upcoming fourth studio album, High as Hope, which releases on June 29. Band frontwoman Florence Welch penned the entire album herself. High as Hope is the first album Welch has co-produced for the band. The album features contributions from Kamasi Washington, Sampha, Tobias Jesso Jr, Kelsey Lu, and Jamie xx. Florence + the Machine have already shared two new singles from the album, “Hunger” and “Sky Full of Song.”

“This song [‘Hunger’] is about the ways we look for love in things that are perhaps not love, and how attempts to feel less alone can sometimes isolate us more,” Welch detailed in a statement. “I guess I made myself more vulnerable in this song to encourage connection, because perhaps a lot more of us feel this way than we are able to admit. Sometimes when you can’t say it, you can sing it.”

Emile Haynie serves as the album’s other co-producer. Previously, Haynie has produced singles for artists such as The Rolling Stones, Eminem, Bruno Mars, and Lana Del Rey. He also collaborated with Florence + the Machine on previous projects.

Tickets for the tour go on sale this Friday, June 1, however, American Express Card Members can purchase tickets beginning today on noon local time through Thursday, May 31 at 10 p.m. local time.