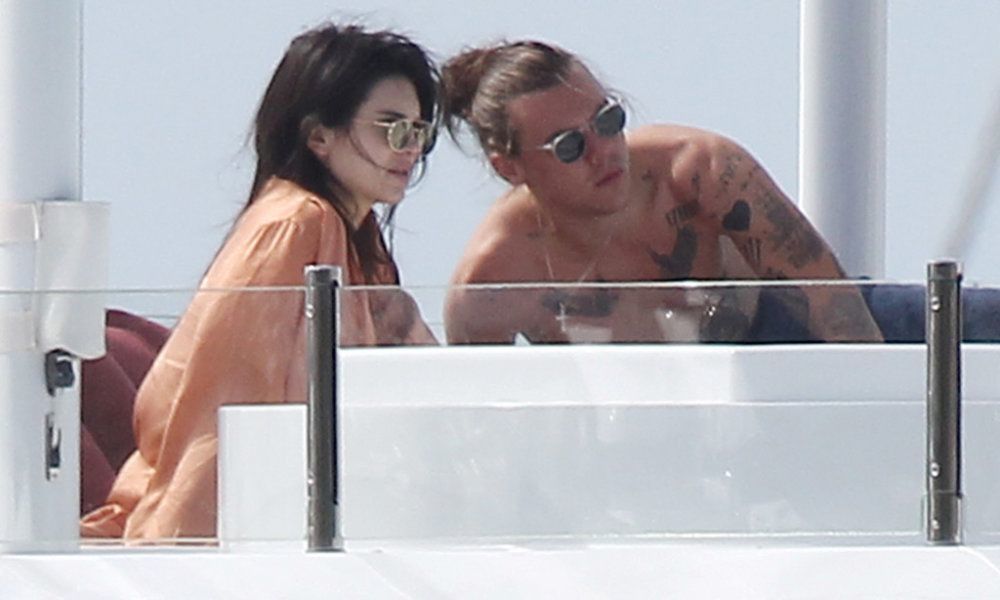 The latest in iCloud hackings has hit Kendall Jenner and Harry Styles, but supposedly the hack occurred through Harry Styles’ mom Anne Cox.

A Twitter account that has since been suspended started posting photos over the weekend that were from a vacation to St. Barts that the new stars took around the holidays. Anne and Kris Jenner were both on the vacation, and they were joined by Ellen Degeneres and wife Portia de Rossi.

There were more than two dozen photos released, which show Kendall and Harry close while in swimsuits and dining out together. The photos of course are of interest amidst speculation that Kendall and Harry had a romantic thing going on, especially after Selena Gomez recently confirmed that Kendall has a boyfriend.

Selena was on a UK radio show at the time when the host asked about fitting into the “squad.”

“Maybe not for the squad necessarily but boyfriend material is always good… none of them are single just so you know. Taylor is not single, Gigi is not single, neither is Kendall. I am the only single one!”

It has not yet been confirmed that the photo’s came from Harry’s mother’s account, but on Twitter the phrase “Anne’s iCloud” was trending around the time of their release. Anne has since deleted her Twitter account, and Harry’s sister Gemma has spoken out about the fake accounts that have popped up since.

Please note: my mum is not back on Twitter, any new accounts are fake. To those making them – has her life not been violated enough for you?