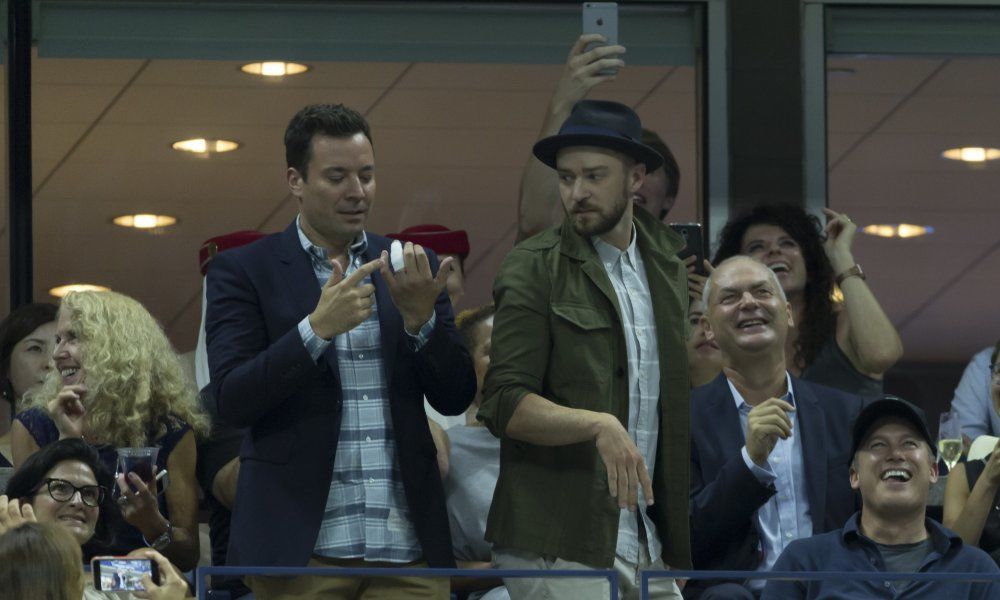 Insiders close to Jimmy Fallon fear that his partying is getting out of hand, following a third injury in just four months.

Just last week, Fallon had to be stitched up again at a hospital in Cambridge, MA, after falling and dropping a bottle of Jägermeister, while receiving the Harvard Lampoon’s Elmer Award for Excellence in Humor.

Fallon retold the story on his show last Monday, “I threw the bottle and then I landed on broken glass, There were pools of blood everywhere.”

An industry insider has said that NBC is worried that Fallon’s drinking has become excessive: “It’s gone from being a whisper to a chatter.”

This is the third serious injury for the comedian in just a few months. Back in June, the 41-year-old nearly severed his finger after tripping on a rug at his Gramercy Park apartment and catching his fall with his wedding ring on a countertop.

He later tweeted: “Tripped and caught my fall (good thing)! Ring caught on side of table almost ripped my finger off (bad thing).”

Fallon’s digit injury required a six-hour surgery and a 10-day stint in the ICU.

Then in August, Fallon chipped his front tooth. The Tonight Show host claimed that he was trying to open a jar of scar-tissue-repair gel to treat his damaged finger. How ironic.

One insider revealed that Fallon has been a heavy partier since his days on SNL. Former team members even labeled themselves “super-functioning alcoholics,” because of how stressful the SNL schedule was.

Seth Herzog, Fallon’s friend and warm-up comic explained, “Everyone in New York has a Jimmy Fallon story, it’s always like, ‘In 2000, Jimmy threw this dude out of a bar, or poured his beer on someone, or got on a table and sang a song.'”

Sources say NBC execs are worried that Fallon can’t handle the pressure of his new position because “a lot of money is at stake.” But, they can’t be too worried just yet, because the father of two recently renewed his contract until 2021.

Although many team members are concerned about his recent behavior, no one has decided to intervene yet.

“Jimmy Fallon is a highly valued member of the NBC family who is both a tireless worker and an extraordinarily gifted performer. His dedication in putting on a great show each and every night is unparalleled, and that is reflected in the large amount of viewers who tune in — he frequently outrates the broadcast competition combined. We are proud of his accomplishments on and off camera and look forward to working with him for many years to come.”

What do you think? Is Fallon just blowing off some steam or do you believe that his excessive drinking is a more serious problem? Let us know in the comments section below.