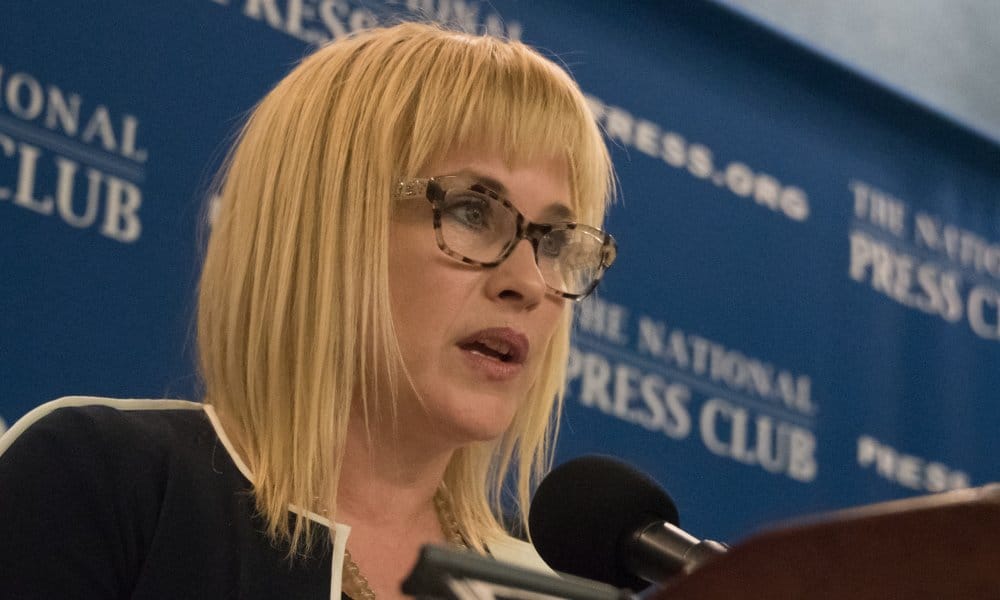 Yesterday afternoon, the town of Parkland, Florida was rocked by a shooting at Stoneman Douglas High School, which took the lives of 17 people. With the 19-year-old shooter in police custody, the president sent his “prayers and condolences” while many, including some of Hollywood’s top names, wondering how to put a permanent end of this type of senseless violence.

If people can blame drug dealers for the drug problem then we can blame the @NRA for the mass shooting problem.

Prayers without accordant action are silent lies told to oneself, heard by no God, amounting to nothing. Action is the language of truth, the prayers of the Saints.

While many celebrities took a political stance on the Parkland school shooting, others kept their messages focused on sending love to a community devastated by an unthinkable massacre.

Just heard the tragic news about Florida. My heart breaks for the students of Marjory Stoneman Douglas High School. Keeping the victims and their families in my thoughts ? #PrayForParkland pic.twitter.com/pNZRuBVo2T

Prayers to everyone in Parkland Florida ??????

The shooting at Stoneman Douglas is the eighteenth incident of gun violence at a school this year. Additionally, this atrocity is now the seventh deadliest mass shooting in U.S. history. Four of the five worst gun massacres in the country’s history took place within the past year and a half.

After every incident, Hollywood rallies behind the cause of stronger gun control in the United States. However, as time passes, those celebrities who spoke out return to their routine without using their positions of power to raise awareness or inspire change. For example, while Kim Kardashian West implored Congress to take action, it’s unlikely that we’ll see the reality star taking a role in improving legislation in this country.

We owe it to our children and our teachers to keep them safe while at school. Prayers won't do this: action will. Congress, please do your job and protect Americans from senseless gun violence

Sure, all of those tweets provide minimal comfort directly following these attacks but with the massive following of these stars, when will they actually step up and lead the charge for a good cause? These A-listers speak to millions of Americans on a daily basis about everything from skin care products to workout trends but what about having a real conversation? It seems that Hollywood is more interested in appearing sympathetic without taking an actual stance.