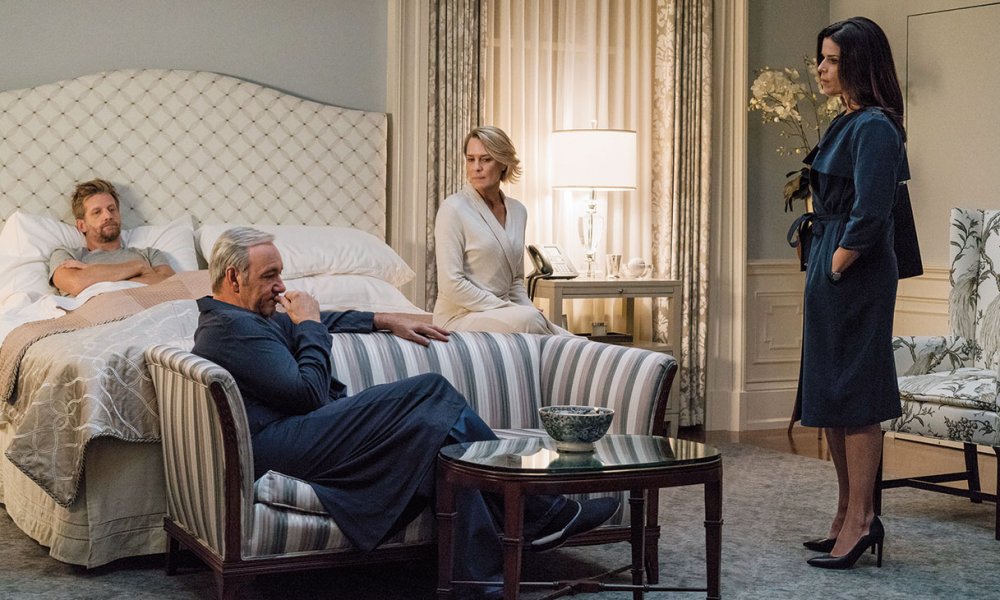 House of Cards might be heading back into production soon. The cast and crew had just started working on season six when they were forced to shut down over Kevin Spacey’s sexual harassment allegations. The sixth season is rumored to be the final one.

Now the production team has released a more detailed update about what their crew can expect in the coming days. A memo was released by executive Pauline Micelli explaining that they were hoping to start shooting soon, but in the meantime, everyone would be paid for another two-week hiatus heading into December. They also added that some of the staff would be kept on full time in office, but that other crew was welcome to move onto other projects if they felt the need to find new work. More updates were said to be announced on December 8.

“These last two months have tested and tried all of us in ways none of us could have foreseen. The one thing we have learned throughout this process is that this production is bigger than just one person and we could not be more proud to be associated with one of the most loyal and talented production cast and crews in this business.”

Spacey is currently under investigation in both Nantucket, Massachusetts, and London. A variety of men have spoken out alleging that the actor made unwanted sexual advances at them. Some of the men were minors at the time and did not speak out about the incidents until now. Additionally, employees of the Old Vic theater where Spacey served as Art Director have spoken out about him as well. Some have said that it was a well-known fact that Spacey would sexually harass people but that they were urged to keep quiet about the matter. Once the first alleged victim spoke out a variety of stories followed. The Old Vic has listed 20 different counts of harassment.