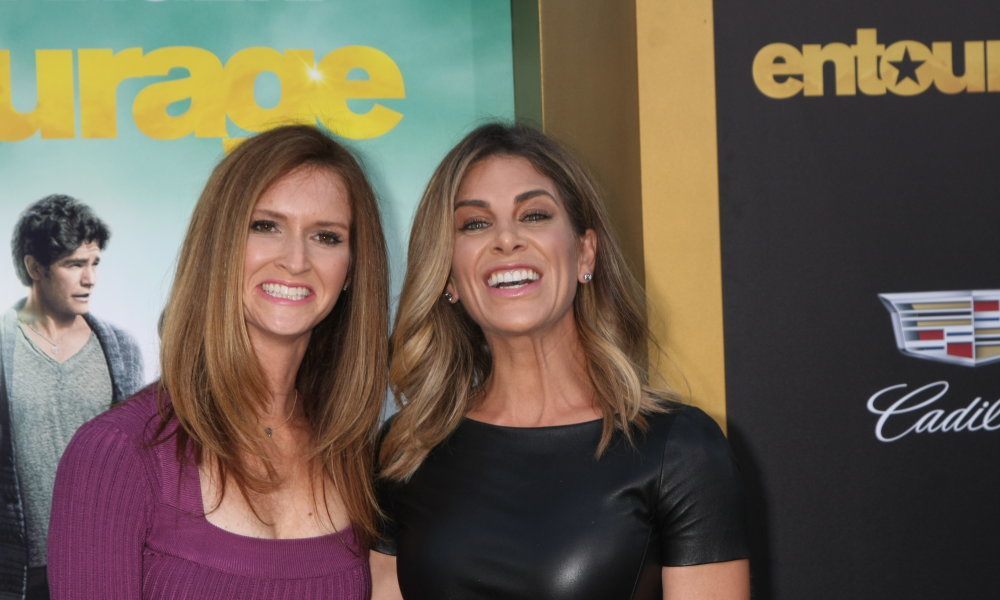 Jillian Michaels is officially engaged to her girlfriend Heidi Rhoades. The two have actually been engaged for months, but Jillian popped the question during the season finale of her E! reality show Just Jillian. The show aired on Tuesday, March 8 and they managed to keep the news secret between shooting and now.

To pop the question, Jillian first brought Heidi to a movie theater and showed her a slideshow of good times they’ve shared in the past. There were also photos in the show that had friends and family holding up signs that said “will you marry me.” Jillian then got down on bended knee in front of their loved ones and officially asked in her usual candor.

“I know I’m an a—hole all the time, but if you will continue to put up with me, I would like you to marry me.”

“Heidi is the perfect person for me. The only place where there’s like a solace . . .a safe haven is with my family. And Heidi is the nucleus of that family. She’s the glue that really holds everything together and I think without that, I would be lost.”

The two started dating back in 2009 and have two children together, a daughter Lukensia who is five-years-old, and a son, Phoenix who is three-years-old. Lukensia was adopted from Haiti the exact same week that Heidi gave birth to their son Phoenix.

Marriage has been a bit of a hot topic in their relationship, with Heidi being ready and Jillian not.

“It’s not that she’s not the one,” Jillian has said. “I have this, I don’t want to say fear, but I feel like I’m preparing myself for the day she wakes up and goes, ‘I’m done with you.'”