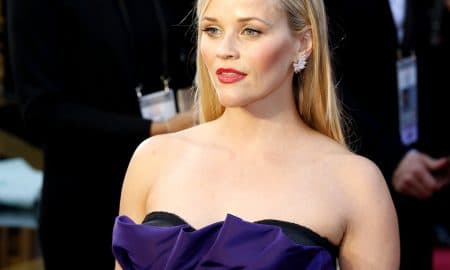 Before closing out the Clusterfest comedy festival in San Francisco, California yesterday, former host of The Daily Show, Jon Stewart, attended a Q&A session, where he discussed everything from his newest movie project to the name Samantha Bee called Ivanka Trump on Full Frontal last Wednesday.

“They don’t give a sh** about the word ‘c***,’” Stewart said of the Trump administration. “That is probably—he says that instead of ‘please,’ I’m guessing.”

Last week, President Donald Trump demanded TBS fire Bee from her position as host of Full Frontal for calling his daughter and advisor, Ivanka, “a feckless c***.” Other comedians, such Kathy Griffin, have stepped forward to defend Bee, though the late-night host did offer an apology on the comment that was approved by her show’s producers, lawyers, and network censors.

“Please understand that a lot of what the right does, and it’s maybe their greatest genius, is they’ve created a code of conduct that they police, that they themselves don’t have to, in any way, abide,” Stewart added.

This statement rings true as last week also saw the demise of Roseanne Barr’s career after her racist tweet about former President Barack Obama’s advisor, Valerie Jarrett, lead to the cancellation of her revival self-titled sitcom series. While the president was quick to defend his daughter, he failed to demonstrate any indignation over the bigoted tweet his supporter, Barr, made about a former White House employee.

As a Daily Show correspondent, Samantha Bee held the position while Stewart hosted the show longer than any other person, appearing in 332 episodes between 2003 and 2015. In 2016, TBS premiered Bee’s very own late-night talk show, making her one of the few females to occupy that timeslot.

Catch Full Frontal with Samantha Bee on Wednesdays at 10:30 pm ET on TBS.