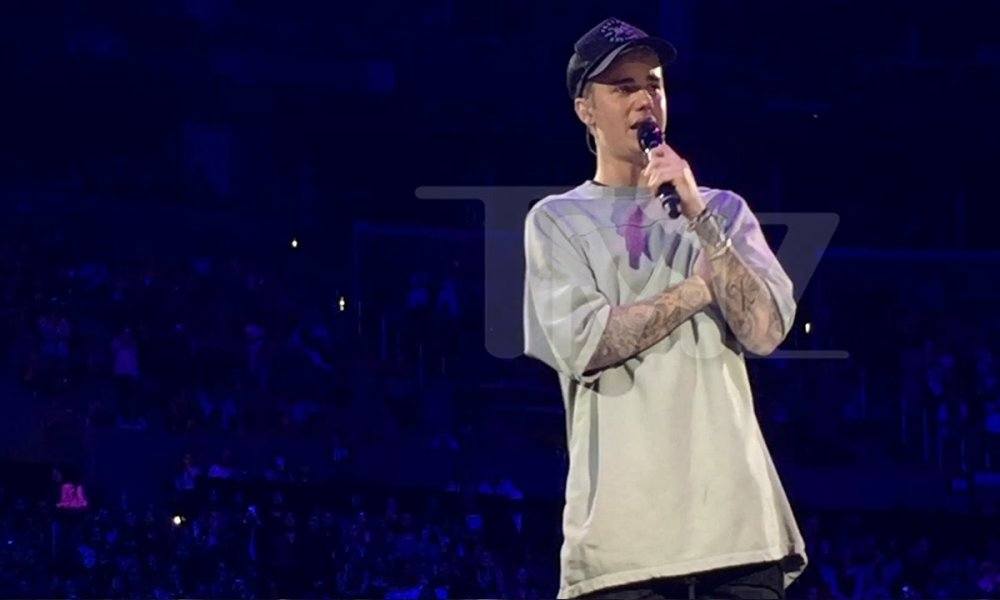 “Can you guys do me a favor? Can you guys just relax for about two seconds? I get it, I get it, but I’m, like, 2 feet away from you. And I can hear you. I appreciate all the love, it’s amazing. But can you show it in a different way? Screaming is just so obnoxious.”

Some fans booed in response but he continued on and spoke of his frustrations over trying to be heard and asked that the save it for after songs.

“I get it, it’s been in our blood and it’s ingrained — you go to a concert and you scream and stuff. But if you could just scream after the song, enjoy the song, and then take a chill pill for a second and listen to me speak. I don’t feel like I’m being heard sometimes, and it gets a little frustrating. When I’m speaking, can you guys not scream at the top of your lungs?”