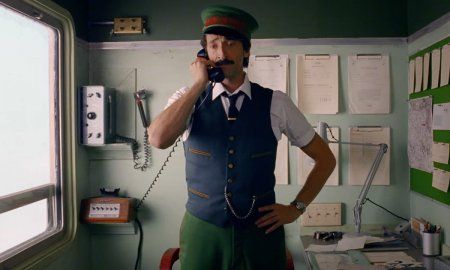 Kanye West is still in the hospital following his admittance to the UCLA Medical Center on November 21. The rapper was reportedly suffering from severe exhaustion and sleep deprivation, and it seems as though some of that was caused by the reoccurring nightmares he was having following Kim’s robbery in Paris.

“He’s been shaken up ever since the robbery in Paris. It did a number on him as much as Kim. The mere thought that anything could happen to her sent him in a tailspin. He wasn’t sleeping and he was having nightmares about it.

“He really couldn’t do his shows without her around. That’s what made him worse. He didn’t want to be away from her … [The robbery] was just as hard for him, but he tried to keep going. He would never have canceled the tour unless things were bad.

“The robbery triggered everything. Kim is his family and the only family he really has now. They took him in and embraced him. So seeing Kim traumatized did a major number on him.”

Kim has been staying with Kanye as much as possible since he was admitted to the hospital. He is reported to be checking out today.