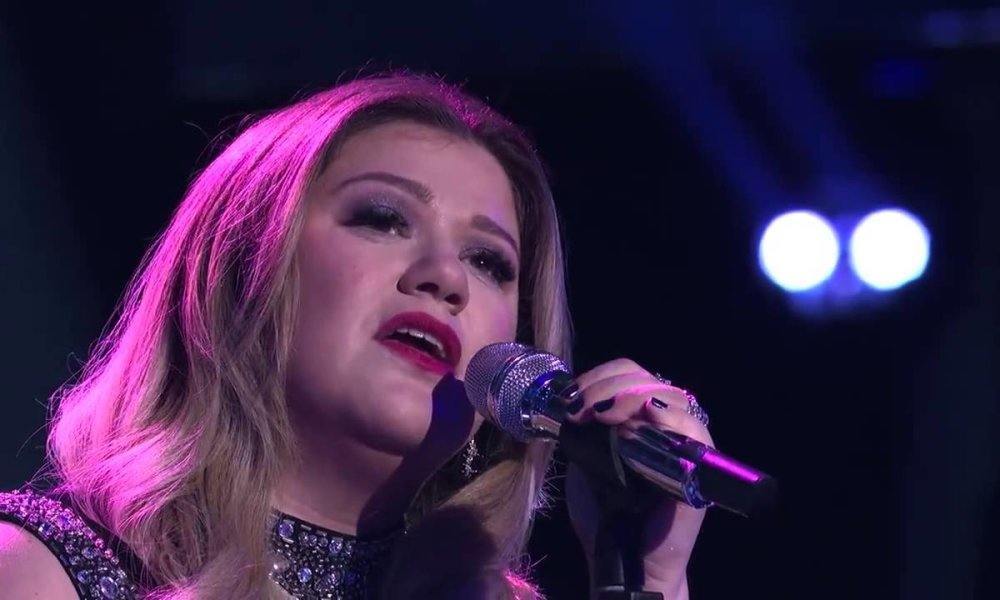 Kelly Clarkson gave such an emotional performance on American Idol last night that she and plenty of the people watching were brought to tears. Idol is currently in it’s 15th and final season, and original winner Kelly was brought back to help judge and sing on the show that launched her career.

Kelly sang the song “Piece by Piece” which is about an absent father, and how another man came into her life and taught her that a father could “stay.” It’s an extremely intimate song that she wrote when she was pregnant with her daughter River Rose. She is currently pregnant with her second child, a son.

Kelly has been open about having an absent father in the past, so the song is clearly a personal one.

“I don’t know what my father went through as a child, and I don’t know why he left and made the decisions he made, but everyone’s human. I don’t understand it for me, but I understand the depth of what that is — having a child — now, and he’s made me want to be that much more present in my family.”

Kelly was moved to tears during the performance and had to take a couple breaks to breathe and compose herself. At the end of the song she apologized to the judges Keith Urban, Jennifer Lopez and Harry Connick Jr.

The judges were clearly moved by the experience and the audience showed their support by chanting her name.

“You have us all in tears. The emotion that you exude always, but especially in that important song, it’s just incredible.”