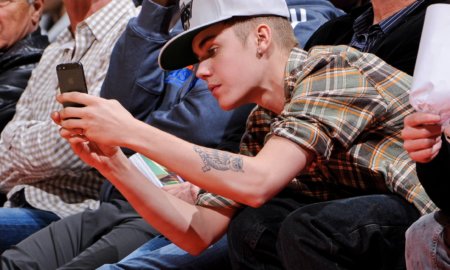 Kendall Jenner is currently in Paris for the Victoria’s Secret fashion show, where she was asked to give an update on how sister Kim Kardashian is doing in the midst of Kanye West’s hospital stay.

Another source added that Kim is “being patient and staying by [Kanye’s] side” while he’s in the hospital.

Yesterday it was reported that Kanye would stay in the hospital for a little longer than expected to receive additional treatment since he’s still feeling “weak” and “drained.”

This is the second year that Kendall has been given the honor of walking the runway for the Victoria’s Secret show, which she is getting to do alongside good friends Gigi and Bella Hadid.

“You dream of doing this show your whole life, but you would never dream for it to be as good as to do it with all your friends, like genuinely your friends outside of work.”