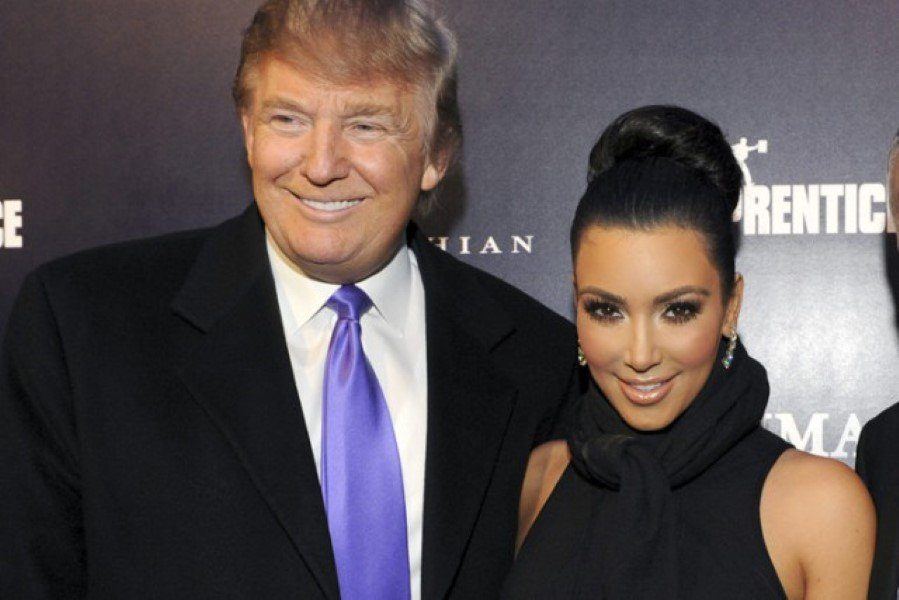 Kim Kardashian’s husband Kanye West once announced his intentions to run for president in the year 2020, but until he’s in the running the reality star is considering another controversial candidate…Donald Trump.

Kim recently did an interview for Wonderland Magazine where she reportedly spoke about her political standpoint. The magazine’s website does not currently include this portion of the interview, but it was confirmed with the journalist who wrote the article. They shared that Kim was pro Hillary until Caitlyn explained her opinions on the matter.

“At first I thought, ‘Oh my God, I’m so Hillary [Clinton],’ but I had a long political call with Caitlyn last night about why she’s voting Trump. I’m on the fence.”

Caitlyn Jenner has open about her republican affiliation, and has said in the past that Hillary “couldn’t care less about women,” and perhaps Kim is starting to agree. About a year ago however Kim seemed to endorsing Hillary when she posted a selfie with the presidential hopeful.

“I got my selfie!!! I really loved hearing her speak & hearing her goals for our country! #HillaryForPresident.”

As for how she feels about one day potentially becoming the first lady, Kim seems certain that she would get hassled over it.

“Look at all the awful things they’re doing to Melania [Trump], putting up the naked photos [of her]…” she told Wonderland. “I’ll say to Kanye: ‘Babe, you know the kind of photos they’d put up of me!’… I don’t want to put words in his mouth, but I’m pretty sure [he would run for] the Democrats. Maybe independent? I don’t know how serious he is about it. We’ll see.”