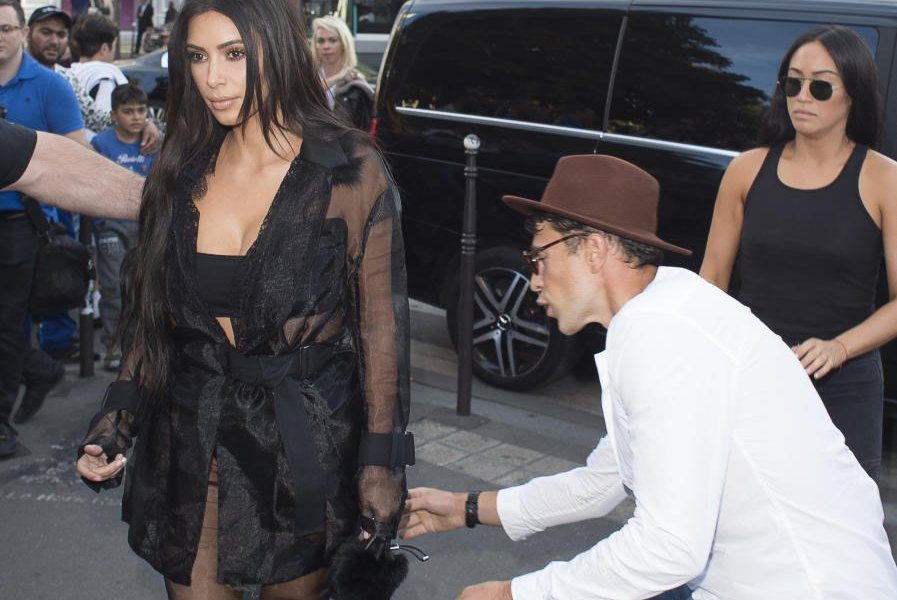 Prankster Vitalii Sediuk made the news last week for attacking Gigi Hadid, and now he has gone after Kim Kardashian for the second time, and she’s not having it. Kim was in Paris for Fashion Week when Vitalii attempted to kiss her behind while she was walking down the street.

Kim’s bodyguard quickly stepped in, but Kim thinks the man should be stopped and is considering taking legal action against him. The Ukranian TV presenter last went after Kim in 2014, and he has also attacked other celebrities like Brad Pitt and Leonardo DiCaprio.

Vitalii Sediuk has actually spoken out about the most recent incident involving Kim and posted to his Instagram account that the act was in protest, and just happened to be a total coincidence that he ran into her at all.

“I was protesting Kim for using fake butt implants. I encourage her and the rest of Kardashian clan to popularise natural beauty among teenage girls who follow and defend them blindly. I swear I didn’t know she was going to be there. So I had to come out with an idea very fast. Does it mean if I don’t go to celebrities, they come to me? Lol.”