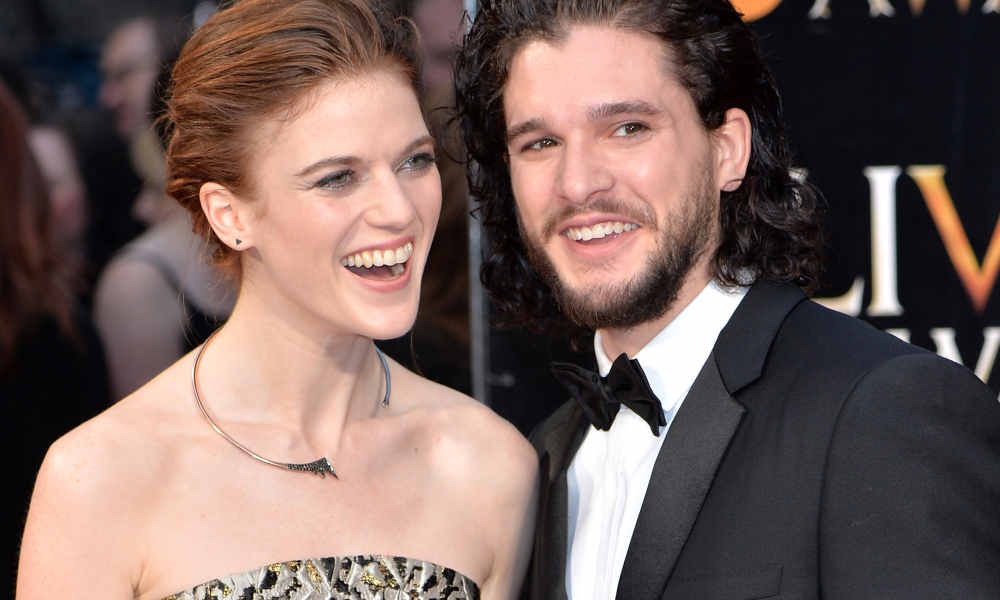 Kit Harington has shared that he botched his proposal to Rose Leslie. He explained his story this week when he stopped by The Jonathan Ross Show.

“I was going to string up some lights in some trees and do all the romantic stuff but we were in the country and we were under this beautiful night sky and had a log fire burning and red wine and I blew my load early. Sorry that’s a really bad expression! What I meant to say was, I popped my question a bit early. Not blew my load.”

He also spoke seriously about making sure that everyone on the cast and crew of Game of Thrones would be in attendance for their wedding. He called a producer on the show to make sure that it would happen.

“I rang him up and I said, ‘I’m getting married and it’s your fault actually.’ I was like, ‘You need to factor in a Game Of Thrones wedding by the way. They [the cast] have all got to be there so the whole thing has got to shut down!’