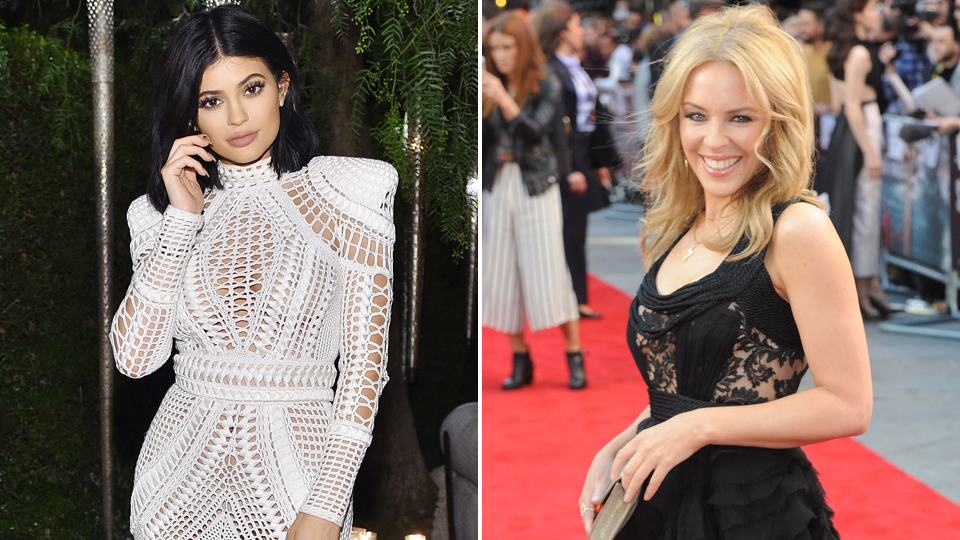 If you thought the youth of today had any respect for history, here’s a touch of proof that isn’t the case (it never was and it never will be). Last Monday, February 22, Kylie Minogue (who, if you can believe it is 47-years-old), filed a notice of opposition to a suit filed by another Kylie a few months ago.

Apparently, Kylie can’t get Kylie out of her head.

Last August, Kardashian offspring Kylie Jenner filed a trademark for the name “Kylie,” because obviously she’s the only Kylie out there. Or, at least she’s the most important Kylie out there; social media told her so. On Monday, however, Australian “Loco-Motion” singer and UK dance chart fixture Kylie Minogue got her lawyers involved in an attempt to nullify the trademark. Why, you ask? Is the pop star taking a stand for Kylies everywhere? Nope, she’s just annoyed because she started trademarking “Kylie” before the faux Kardashian was even born (seriously, she’s owned the rights to www.Kylie.com since 1996, a full year before Jenner popped out).

Let’s disregard the fact that the ability to trademark a name is extremely silly. Let’s also disregard the fact that our legal system is currently tied up with this ridiculous thing when there’s probably more pressing legal issues out there … hell, there’s probably more pressing trademark cases out there. So, completely casting all that aside, you have to root for Kylie Minogue on this one, right? Not just because Kylie Jenner is a vacuous, talentless teenager, but because … no, no, that’s pretty much the only reason you need.