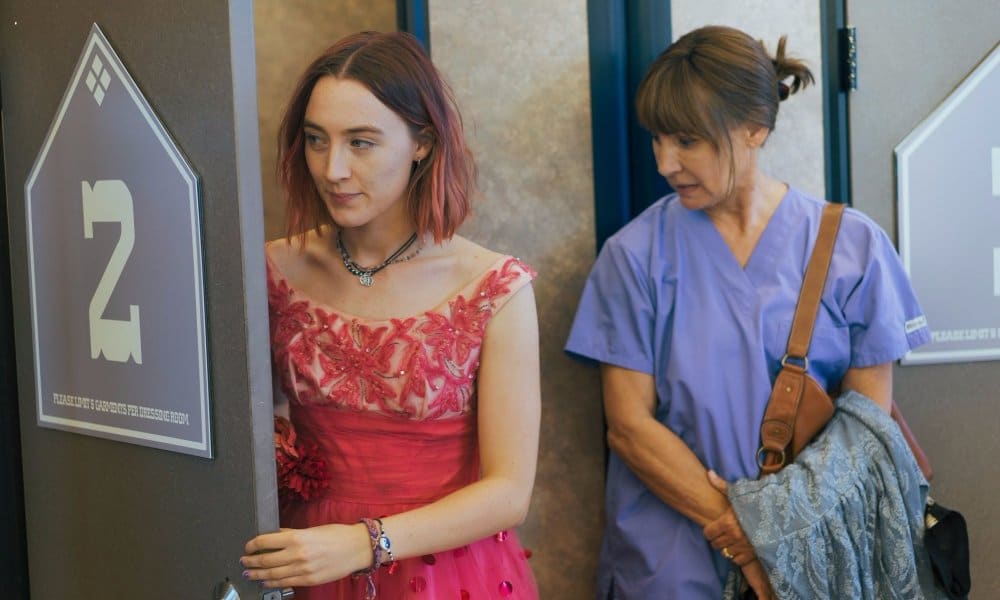 Lady Bird has officially broken the Rotten Tomatoes high score for the Best Reviewed Movie ever. In doing so it passed up Toy Story 2. Greta Gerwig’s coming of age film is set in Sacramento in 2002 and stars Saoirse Ronan.

While the film is not the top movie on the site, it has the highest number of good reviews. So far there are no rotten ones at all and 170 consecutive positive reviews from critics. previously record holder Toy Story 2 had 163.

Writer/director Gerwig said that she first heard the news about her film ranking so highly from her slightly skeptical brother. The movie was the directorial debut for the star who has been acting for years. The film has been getting a lot of attention since its release and is expected to get more. Star Ronan already took home the best actress statuette at the Gotham Awards.

Gerwig has been sharing relatable stories along the way of her own life as well as the filmmaking process. To get Justin Timberlake’s song “Cry Me a River” into the movie she wrote a letter to him and politely asked. Justin’s team responded yes and later when Gerwig met the singer he said that he was happy to share it.

Gerwig also spoke out about the Rotten Tomatoes honor.

“We put our heart and souls into this movie, and the last step of this deeply collaborative art form of filmmaking is giving the film to the audience and the film critics. That there has been such a warm reception is a dream come true. Thank you to everyone who has seen the film and has written about it so thoughtfully. We are all on cloud nine and using our tomato emoji more than we ever thought possible.”