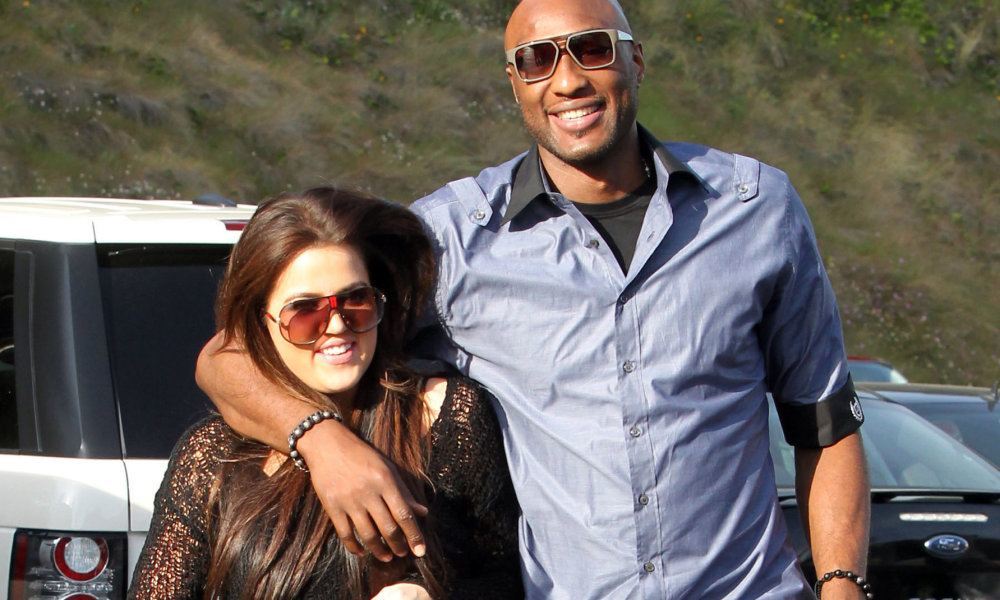 Just a few months after serious health issues landed him in the headlines, it seems that Lamar Odom is flirting with disaster once more. Though inside sources claim that it wasn’t too long ago that Lamar Odom and Khloe Kardashian were very close to ending things for good after Odom’s repeated drug use (and the whole cheating on her stuff), it would seem that Odom is enjoying himself once more.

According to TMZ — who apparently have nothing better to do with their time — Odom and a couple of unidentified buddies (male buddies) were seen hitting Johnny O’Brien’s pub on Saturday evening before Easter. Reports indicate that over the course of a two hour period, Odom knocked back 3 Remy Martins before leaving shortly before 1 on Sunday morning. In other words, Odom went drinking with some friends for a few hours the night before he spent the day with family.

Of course, photos point to the fact that Odom was wearing the same sweatshirt both at the bar and at church. He was also carrying (gasp!) a Starbucks cup. Those two facts put together might indicate that he spent a bit more time partying than the pictures show … of course it could also point to the fact that Odom put on the first thing he could find and that he’s one of the billions of adults who enjoys coffee in the morning.

Either way, can you honestly blame the guy for wanting to get a little bit loaded before having to spend an entire day in church with the Kardashians?