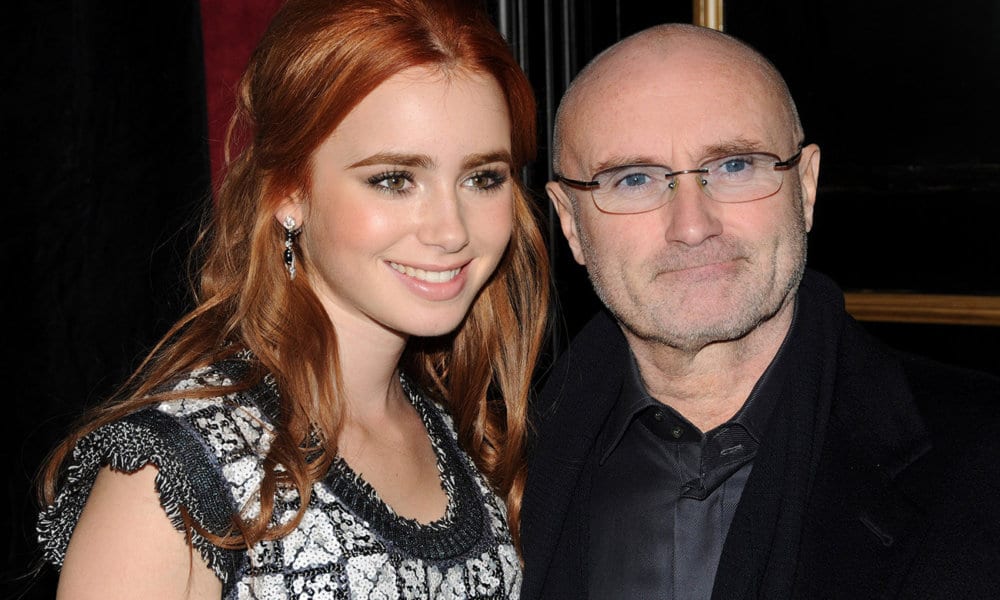 Lily Collins has penned an emotional letter to her father Phil Collins, which is one of the essays in her book Unfiltered: No Shame, No Regrets, Just Me. The actress admits that their relationship was a tumultuous one.

“Because my dad was often gone, I never wanted to do anything that would make him stay away even longer. I became extra careful about what I said and how I said it, afraid he’d think I was angry or didn’t love him. And the truth is, I was angry. I missed him and wanted him there.”

She goes on to explain that Phil moved from England to Switzerland after her parents divorced when she was five.

“I’ve realized that many of my deepest insecurities stem from these issues with my dad. It’s taken me over a decade to resolve some of them (others I’m still resolving) and to finally build up the courage to speak my mind to him.”