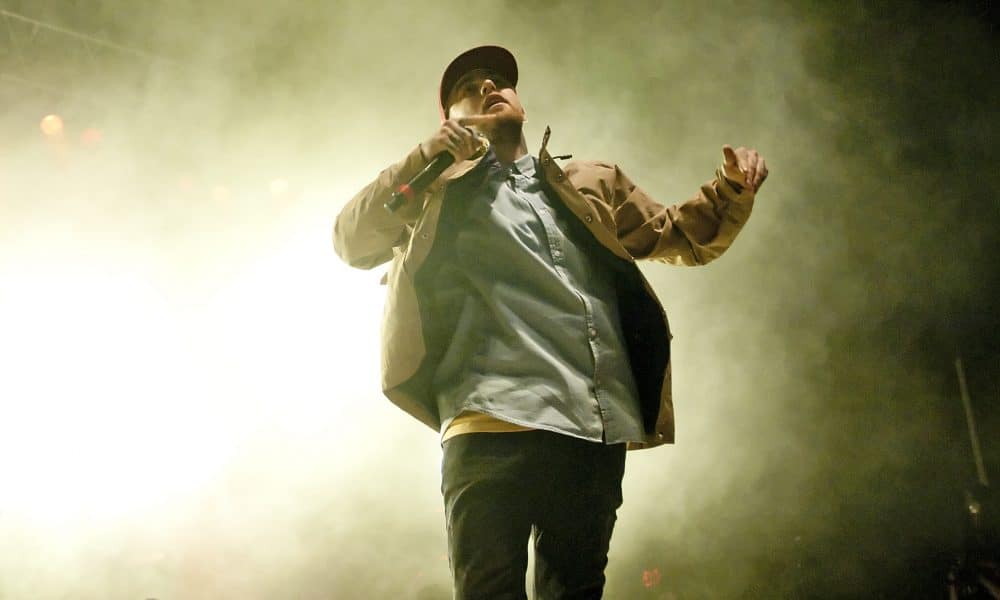 Mac Miller has reportedly been arrested for a DUI hit and run. The musician was driving around with friends early Thursday morning in the San Fernando Valley when his car hit a power pole. The pole was knocked down in the process. Apparently, Miller and his friends fled from the scene of the accident by foot and left the car there. When the cops arrived they traced his plates back to his house where he was arrested and had a bail set at $15,000.

« Mac Miller has reportedly been arrested for drunk driving, according to TMZ. Mac allegedly drove into a pole and fled the scene on foot. An eyewitness reportedly called the police, who were able to locate Mac at his home, where he allegedly confessed to driving drunk. According to TMZ, Mac was arrested and charged with Driving Under the Influence. He is reportedly being held in jail on $15,000 bail. Pitchfork has contacted Mac Miller’s representatives. » OMG GUYS I’M SHOCKED WTF #arianagrande #macmiller #maciana

Despite fleeing the scene of the crime, Miller was reportedly quite cooperative. The police who picked him up told TMZ that Mac Miller “was the most polite and nice intoxicated person we’ve ever seen.”

Miller has been open about his sobriety struggles in the past. In 2017 he talked about going from totally sober to not and learning what he should be sharing about as he goes.

“I’ve spent a good time very sober and now I’m just, like, living regularly. I think it’s important. I don’t believe in absolute anything, but I think not sharing that type of information, because it becomes like, ‘Oh he’s sober, oh he’s not, oh he has a beer, oh my god.’ I just realized some things are important to just keep for yourself. That was a learning experience. But it was important to let everyone know that I wasn’t doing fucking crazy amounts of hard drugs. That was good to get out there.”

Miller just recently split from Ariana Grande after two years of dating. The former couple had friends for a long time before they made their romance official, and Grande has spoken out since the split saying that would continue to remain loving friends following their breakup as well.

Miller has not yet made a statement about Thursday’s arrest.