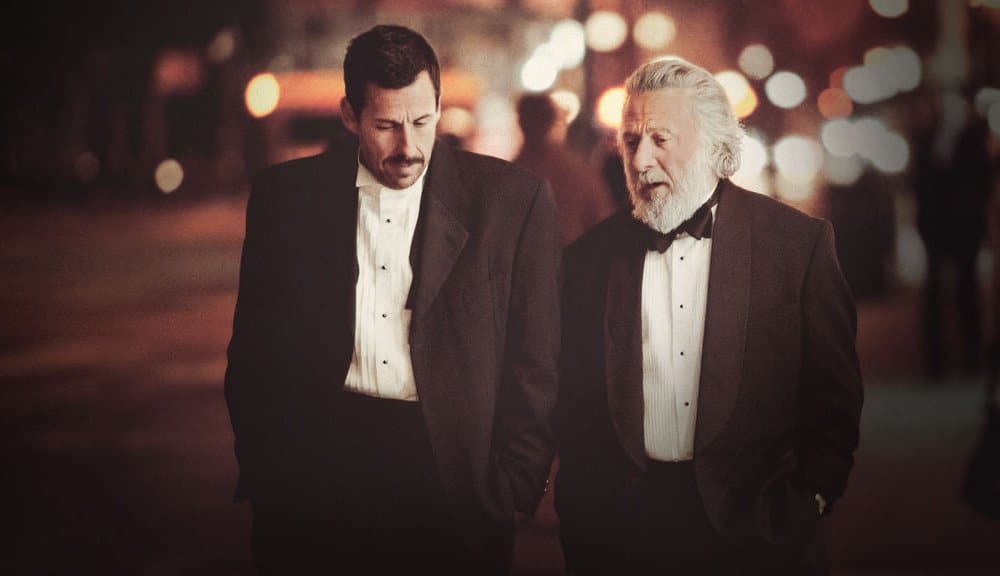 During a recent conversation for Variety’s series Actors on Actors, goofy starlet Jennifer Lawrence sat down to chat with on-again-off-again actor Adam Sandler. Over the course of a very revealing conversation, Sandler spent time discussing the origins of his new critically-acclaimed movie, Noah Baumbach’s The Meyerowitz Stories (New and Selected).

These days, you could make a good case for the argument that the majority of Adam Sandler’s filmography counts against him. For every Billy Madison, there’s been a Grown Ups; for every Punch-Drunk Love, there’s been a Click. Still, though, when the affable comedian hits on a project that works, the result is film magic.

That’s the case in Noah Baumbach’s newest ode to grumpy people, The Meyerowitz Stories (New and Selected). The well-reviewed entry into Sandler’s dubious string of Netflix films was initially written with Sandler and his co-star, Ben Stiller, in mind. As Sandler explained to Lawrence in their chat:

“I said [to Ben Stiller], ‘We gotta do a movie together, man.’ He said, ‘Yes, yes.’ I said, ‘We should play brothers. I always hear that I look like you.’ He said people scream ‘Zohan!’ at him. Then Noah Baumbach was saying he had a movie, coincidentally, about us playing brothers, so we all hung out one afternoon and talked about it. Then Noah wrote the movie.”

The Meyerowitz Stories (New and Selected) can be watched right now on Netflix.