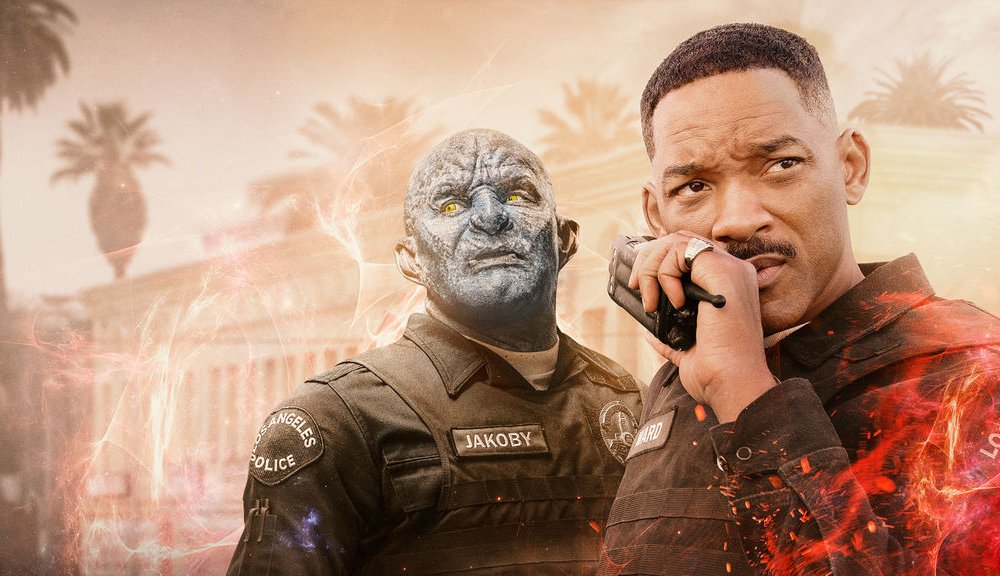 On December 22, Netflix is set to offer up its first, real blockbuster in Bright, a fantasy-action movie that sees Will Smith and orc-ed out Joel Edgerton buddy up to protect a magical artifact. While the trailers make the David Ayer film seem like high-quality fluff, the critics have been much less kind.

Rolling Stone called the movie clunky, adding that its race-relations metaphor was “both overplayed and underdeveloped at the same time.”

The Hollywood Reporter noted that the movie is okay once the spells and bullets start flying (it is a David Ayer flick, after all), but the film lacks any real substance.

DA: Will Smith is one of the cops

DA: The other cop is a shy, magical orc

THEM: no that's crazy

EVERYONE AT NETFLIX: Hold my appletini#BRIGHTMovie

It is worth acknowledging that Variety had some nice things to say. Their review essentially amounted to, “It’s been done before, but it’s still done correctly.”

Last year, Ayer’s previous movie Suicide Squad was reviled by critics when it finally hit theaters. The dialogue was insulted, as was the pacing. From an audience standpoint, Suicide Squad is arguably the most watchable DC film to date (yes, even including Wonder Woman). Ayer routinely elevates what would seem to be mediocre material into something special, or at least enjoyable.

There’s no reason to suggest that Bright isn’t another popcorn success for the director, in spite of what the critics say.