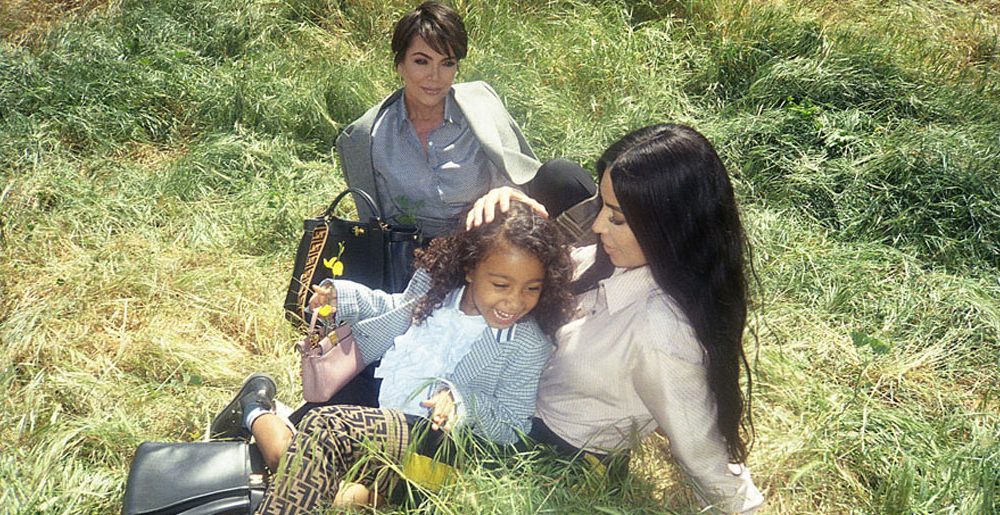 North West is only five-years-old, but she’s already starred in her first fashion campaign. The daughter of Kim Kardashian and Kanye West just posed alongside her mom and grandma Kris Jenner for a Fendi campaign. The campaign is being referred to as #MeandMyPeekaboo and features iconic women who are related. The campaign is a celebration of the ten year anniversary of the brand’s Peekaboo Bag.

#NorthWest has a @fendi campaign and I have adult acne.

Fendi’s accessories creative director Silvia Venturini spoke out about why they chose the Kardashian/Jenner/West ladies for the campaign.

“In the case of the Kardashians, they are all three very strong women, with strong personalities. It’s an iconic family, who is known for its appearance, but we wanted to bring more of an intimate side to the table.”

Kim’s husband, Kanye West, interned at Fendi back in 2009, so he has known Silvia Venturini for nearly a decade. The images will be released alongside a short film on July 10, and West’s hit “Love Lockdown” will be featured.

#KimKardashian with her daughter #NorthWest and her mom #KrisJenner for @fendi

This is not actually North West’s first modeling gig. When she was just 13 months old, she wore Chanel for a shoot in the CR Fashion Book, and she was also featured with her parents in Vogue as an infant. However, this is most likely the first time that North West actually remembers a modeling job. Kim has said in the past that North has loved makeup since she was a toddler, and she got North her first set of makeup brushes when she was only two-years-old. North can regularly be seen hanging out while her mom gets made up by her glam squad, so she was certainly introduced to the concept early on in life. North is also frequently seen wearing very fashionable clothing. Such is life in the Kardashian world.