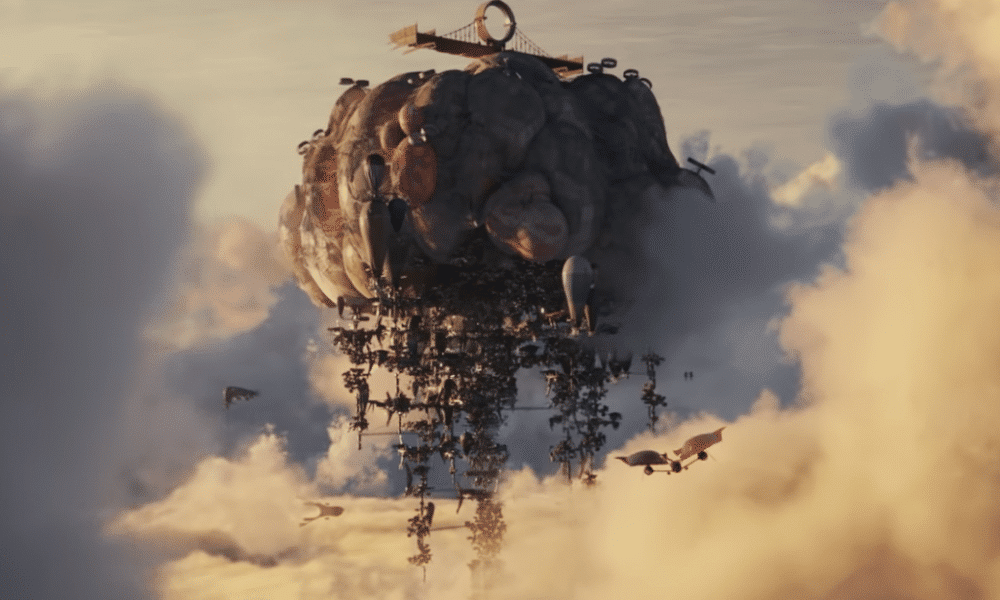 On Tuesday, Universal Pictures released the first trailer for Peter Jackson’s Mortal Engines, and it looks only okay. The highly anticipated first-in-a-franchise movie looks over-produced and under-developed all in one fell swoop.

Mortal Engines takes place thousands of years in the future, when humanity has recovered from some unknown cataclysm by building massive, roving predator cities that criss-cross the planet in search of resources — i.e., smaller moving towns that are captured and dismantled for supplies. In this grim world, a young lady named Pandora (Caren Pistorius) runs up against the leader of London (Hugo Weaving), the man who killed her mother.

A handsome male companion and a floating group of rebels later, and Pandora is leading a full-on rebellion to take down London and rid the world of some McGuffin that can blow things up real good.

Provided you’re not familiar with Japanese import Howl’s Moving Castle, the production design on display in the Mortal Engines trailer looks exceptional. The world seems like a well-crafted steampunk dystopia; it’s just too bad that the story unfolding within doesn’t seem that interesting. It seems as though first time director Christian Rivers spent a little too much time focusing on his Art Department background and not enough time thinking about things like dialogue and character development.

Obviously, it’s impossible to determine from just the first Mortal Engines trailer if the final product is worthwhile, but judging from the rote bit of story on display here, it’s not looking good.

Don’t listen to me, though. Mortal Engines is destined to make billions when it arrives at the box office later this year.