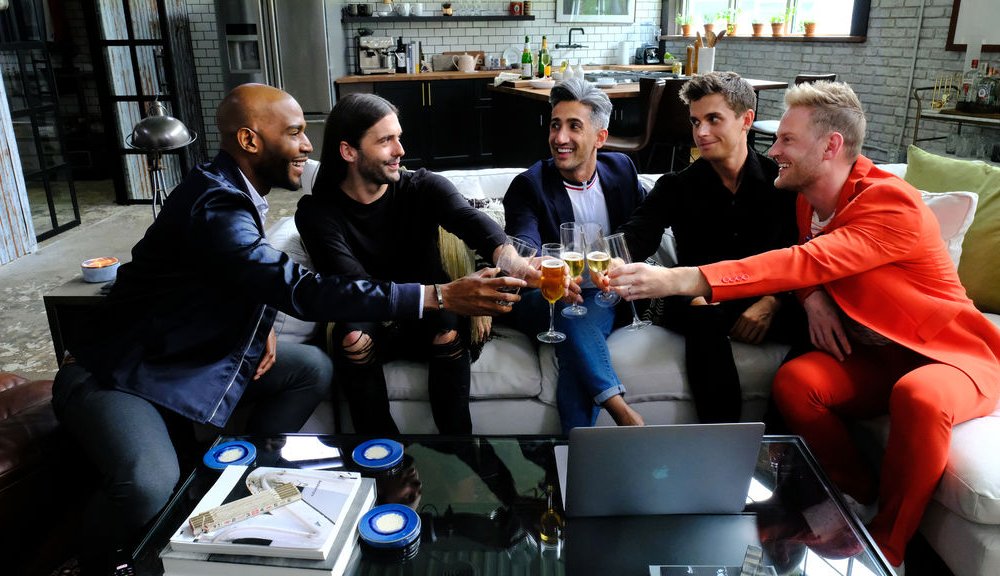 Yesterday, Netflix premiered its reboot of the popular Bravo series Queer Eye (formerly Queer Eye for the Straight Guy). Instead of helping fellow New Yorkers, the new cast of five gay men travels to red states across the country, offering a new perspective on an old concept.

Even though Netflix bought the Queer Eye reboot before the 2016 presidential election, the reality series comes at an opportune moment in our nation’s history. “It’s a fraught political and cultural moment in the country right now,” said ITV Entertainment president David Eilenberg in an interview with the Hollywood Reporter. “And something that works so well here is showing the communication across cultural lines is still possible. And, unlike the first, this is not just going live in the U.S. It’s going live worldwide.”

The decision to take the show on the road and outside of east coast urban centers open Queer Eye up for a deeper look into the shifting culture of this country. “We wanted to get out of New York and see America,” series creator David Collins commented. “We knew that in a red state, we were going to meet many different characters, which really makes the arc of the season that much stronger. Tom, in the first episode, really represented this idea of having a dialogue and a bigger conversation — in terms of the types of questions he ends up asking the guys. We based in Atlanta, but we went to a lot of small towns around Georgia. The towns become a real part of the story. In the second episode we have a policeman who’s a Trump supporter.”

Critics have responded positively to the changes made to the show. “There’s more to the 2018 version than gay-straight dynamics (hence, no ‘for the Straight Guy’ in the title),” wrote James Poniewozik of the New York Times. “One touching episode involves a gay man, preparing to come out to his family, who has always dressed to avoid ‘looking gay’ — a recognition that there is more than one way (or five) to live one’s sexuality.”

With the nation divided over almost every topic, both political and cultural, it’s exciting to see a series tackle this separation head-on. Rather than criticizing the other side, Queer Eye opts to shed light on people’s differences and bridge an ever-widening gap in this country. More than anything, it’s comforting to see people from across the spectrum opening up for new experiences when everyone seems cemented in their stances and beliefs.

All eight episodes of the first season of the Queer Eye reboot are available for streaming now on Netflix.