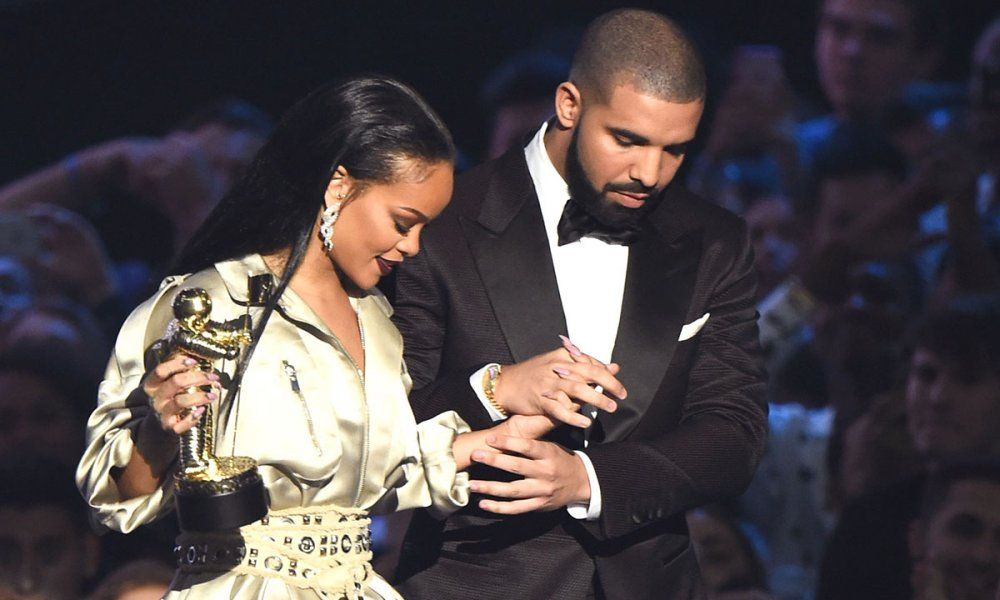 Rihanna has revealed that a shark tattoo on her ankle has “special significance” to Drake. The shark is reportedly a reference to one of the dates that they’ve been on, when he took her to an aquarium in Toronto and bought her a stuffed animal shark. Her popular tattoo artist Bang Bang shared a photo of the ink on his Instagram account.

The tattoo is just one more piece of cuteness surrounding the Drake and Rihanna relationship, after Drake admitted that he’s been in love with Rihanna since he was 22-years-old. Drake opened up while on stage at the MTV VMA’s on Sunday and shared his feelings for the singer with the entire world. (Not that we didn’t already know.)

Since the public admission however, Drake and Rihanna seemed to have taken their relationship to the next level and have been pretty open about it. The two were next spotted in Miami where sources say they were acting very much a couple at E11even nightclub.

“Rihanna and Drake were happy, not hiding and totally affectionate in front of everyone. At one point they were kissing and holding each other. They seemed very comfortable with each other. Besides for when he was performing, they didn’t leave each other’s side.”