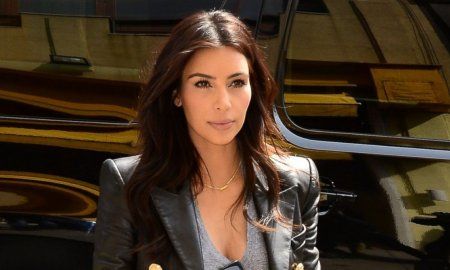 On Thursday morning Rob Kardashian and Blac Chyna headed to the hospital in preparation of giving birth to their daughter through a scheduled C section. Sources say that the two arrived around 640 AM, entering with Blac in a wheelchair and followed by a happy looking Rob.
A source explained”

“Blac was in a wheelchair and keeping her head down to avoid photographers. Rob was pushing the wheelchair behind her, he was smiling.”

Naturally the two arrived with some family members for support. Chyna’s mom Tokyo Toni (Shalana Hunter) was there, as was Rob’s mom Kris Jenner and Kris’s boyfriend Corey Gamble.

It was previously reported that Rob and Chyna had agreed to air the birth as part of an E TV special, so fans should expect to see plenty of details soon.

Rob has been open about his excitement about fatherhood. In August he said that “Part of life is to build a family and have kids. And I thank God that we are able to. It’s very exciting to be a first time dad.”

Chyna added that “He wants me to have, like, four babies.”