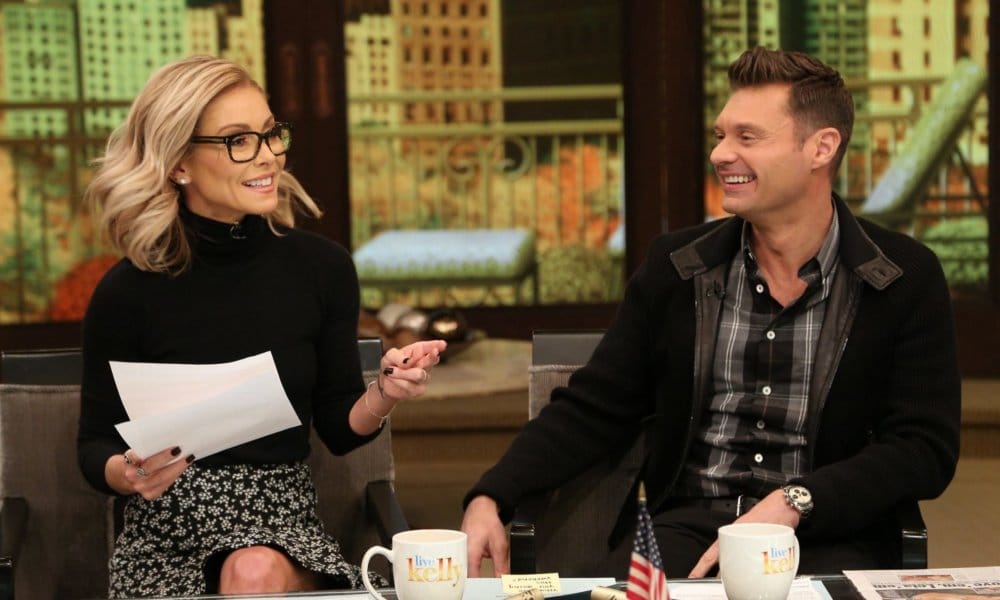 Ryan Seacrest has been named the new co-host of Live With Kelly after Michael Strahan exited last year. The news was announced live on Monday’s show when Ryan emerged and joined Kelly on stage.

Ryan joked about how his friends were surprised by the news.

Ryan has been L.A. based and will have to relocate to New York for the show. He’s planning to shoot weekdays in New York and then fly back to L.A. on the weekends to work on his other projects, such as Keeping Up with the Kardashians which he executive produces.

The news of a new co-host comes after a year of temporary ones. Kelly was blindsided when Michael Strahan left the show to host Good Morning America. The co-hosts that followed included Jimmy Kimmel, Ben Savage, Andy Cohen, Anderson Cooper, Alex Rodriguez, and the one who officially took the job, Ryan Seacrest.