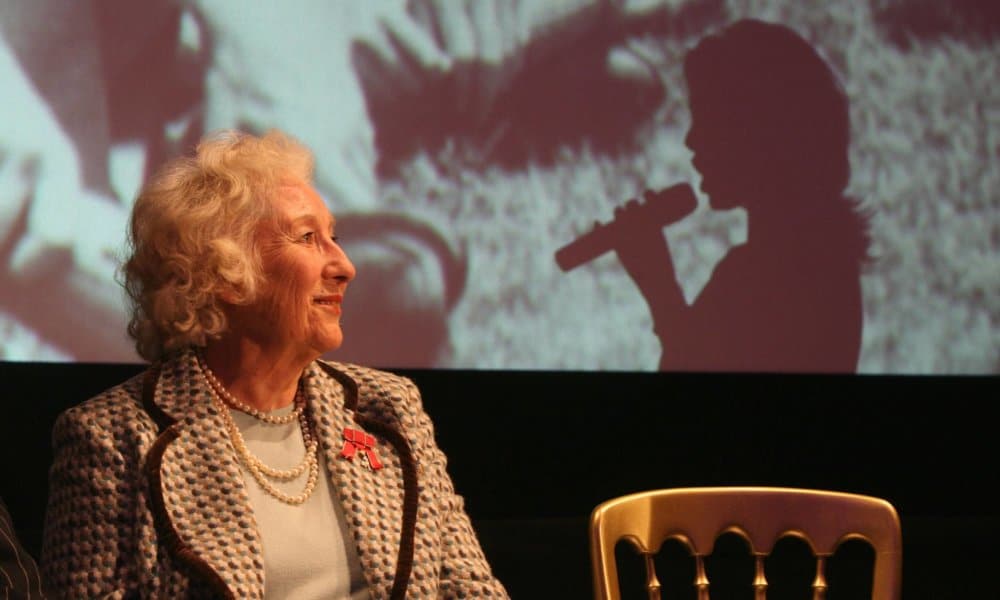 Singer Vera Lynn is turning 100 soon, which means that she has a new album dropping. Seriously. The songs will be her original vocal cuts since she liked her younger voice better, but there will be new accompaniments to some of the songs.

The album will be released on March 17, three days before her 100th birthday. She says that:

“It’s truly humbling that people still enjoy these songs from so many years ago. I was after all just doing my job as a singer – and it’s so wonderful for me to hear my songs again so beautifully presented in a completely new way.”

She was extremely during the wartime with songs like “We’ll Meet Again” and “(There’ll be Bluebirds Over) The White Cliffs of Dover.” So popular in fact that she was commonly referred to as the “Forces’ Sweetheart.”