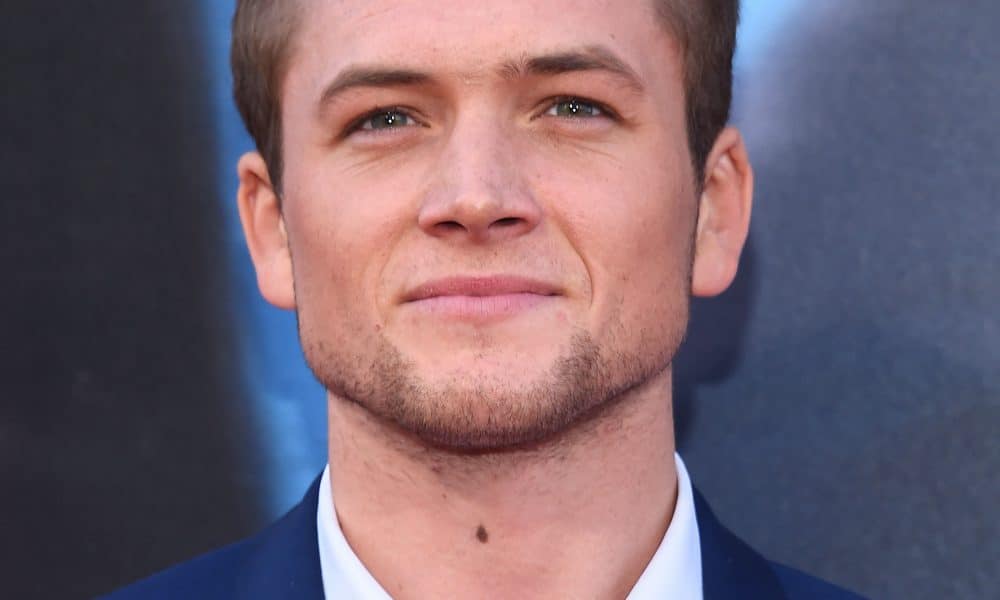 Playing the role of Sir Elton John in the upcoming biopic Rocketman, Taron Egerton of Kingsman fame received some words of advice from the beloved British songsmith.

“Elton has told Taron, ‘Don’t copy me,’” relayed John’s husband and producer David Furnish. “‘Don’t think you have to sing it exactly the way that I sang it. Don’t think you have to perform it the way I performed it. I think it’s the challenge for the actor to embody the spirit and not get into thinking they have to do an impersonation.’”

While production on Rocketman begins in a few months, Egerton recently visited the iconic Abbey Road Studios in London to lay down a few Jon tracks with the guidance of Furnish. Apparently, Egerton donned a vintage Elton John concert t-shirt for his Abbey Road studio session, as Furnish captured pictures on his phone of the get-together for his husband.

“When I played the songs for Elton, he was blown away, really blown away,” Furnish shared. “Elton was like, ‘It can’t get any better for me.’”

Rocketman follows Sir Elton John’s rise to fame along with his recovery from alcohol and drug addiction in the 1990s. “The rehab recovery moment was a real watershed moment in his life, and it’s a great way to focus the storytelling around that,” commented Furnish.