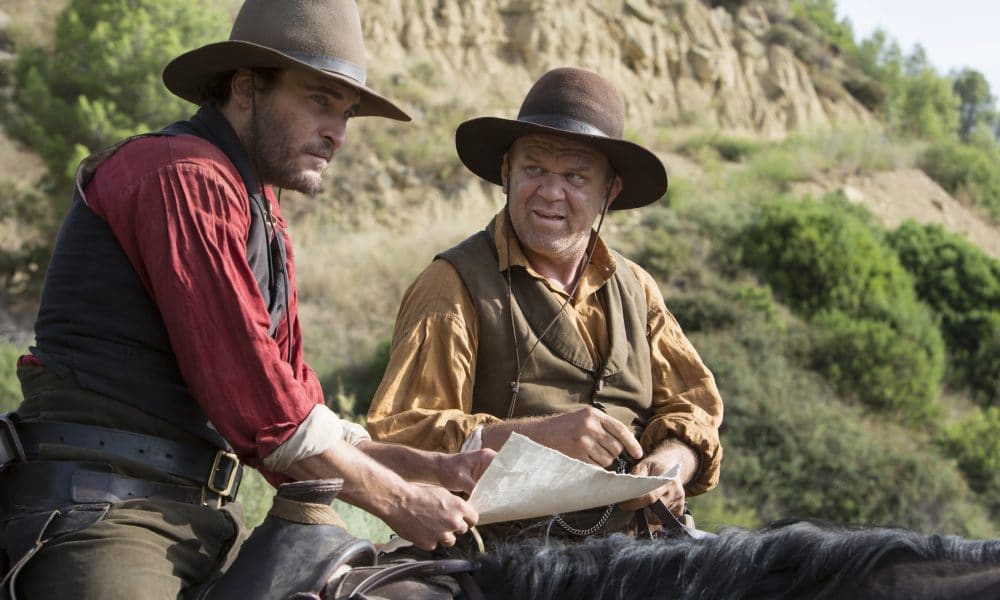 The first trailer for The Sisters Brothers is full of personality. In the best way possible, the film plays like an early Coen Brothers outing (think: Raising Arizona) with Western trappings. French auteur Jacques Audiard (Rust and Bone, Dheepan) is branching out from beautiful, somber dramas to inject a little bit of oddity into the Old West. The Sisters Brothers follows two sociopaths, Charlie and Eli Sisters (Phoenix and Reilly, respectively) as they search rugged terrain for a chemist (The Night Of’s Riz Ahmed) with a formula that can illuminate gold in a mountain stream.

The chemist, Morris, is taken in by an opportunist named Hermann Kermit Warm (Jake Gyllenhaal), who is prepared to stare down the Sisters Brothers as they come hunting for their quarry.

The Sisters Brothers is based on the Booker-nominated book of the same name by Patrick deWitt. If you’re unfamiliar, it’s worth checking out because it’s an entertaining, easy read that’s filled with several compelling moments. The screenplay for the film was adapted by Audiard and longtime writing partner Thomas Bidegain.

The quartet of superstars is being joined on screen by Rutger Hauer and Carol Kane. Eagle-eyed viewers can also catch sight of The Office’s Creed Bratton, too.

The Sisters Brothers is expected to hit theaters this Fall.