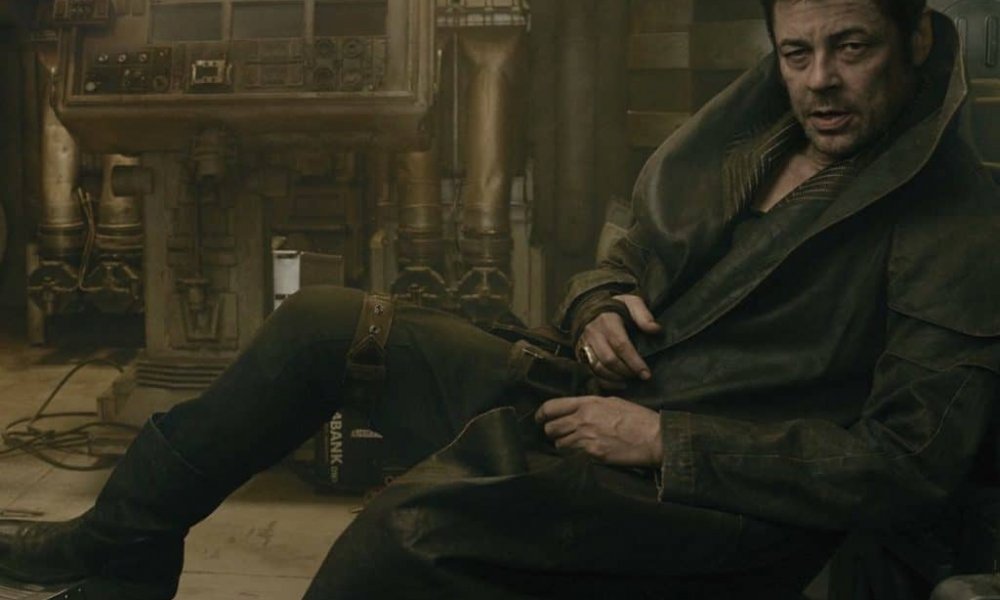 Since breaking into the mainstream in 1995’s The Usual Suspects, Benicio Del Toro has left a string of incredible roles in his wake. Most of those performances are incredibly R-rated, which makes the actor’s presence in Disney’s highest-profile franchises something of an anathema. But, there he is, in both the Marvel Cinematic and the Star Wars Universes working with a kind of freedom that most members of the cast could only dream of exercising.

If you look closely, however, Benecio is also operating with a unified motive in both roles.

Millions already know him as the white-haired sociopath known as the Collector from his appearances in recent Marvel movies. The Collector is unique even among the weird menagerie of the Marvel Universe; he appears to serve none but his self-interest as he labors to increase the size of his bizarre collection of valuables.

On December 14, the world was introduced to DJ, a thief, liar and dyed-in-the-wool capitalist. In Star Wars: The Last Jedi, Benicio Del Toro spends his time walking the razor’s edge between self-serving butthole and begrudging do-gooder.

By the end of the film, DJ falls squarely under the designation of dillhole by double-crossing Finn and Rose, but Del Toro’s elegant performance makes DJ a hard character to hate because it’s clear that next time, he might as easily be working with the resistance. DJ, like the Collector, serves no master but himself. He is defined by self-interest … and his “I don’t know why it’s endearing” stutter, but mostly it’s the self-interest.

Del Toro brings something unique to both roles. The mechanics of each performance are utterly different. The Collector is menacing, stoic, and inscrutable. DJ is slouchy and cool, but somehow still vulnerable.

That said, Del Toro’s primary motivations are one hundred percent identical in both roles. Whether he’s running errands for Thanos or spilling secrets to the First Order, you can count on his characters to think first and only about himself.