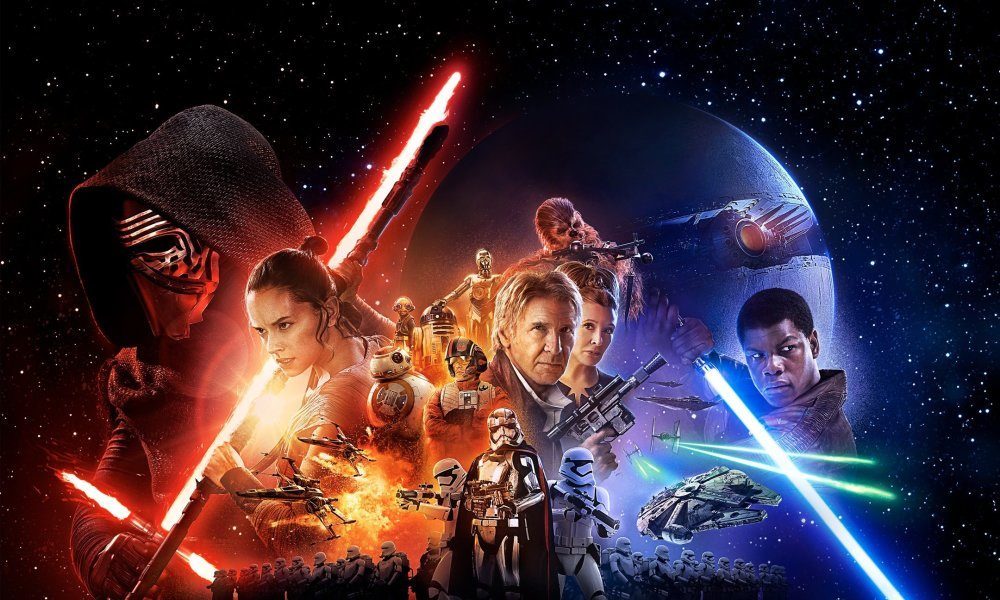 Pardon that outburst. Definitely not professional. Of course, after years of waiting for the next installment in the Star Wars saga, professionalism is totally overrated. Star Wars: Episode VII – The Force Awakens began its theatrical run last night at midnight, and there was no shortage of super fans lining up to be the first to experience the newest adventure in a galaxy far, far away.

If you’re one of those people who actually requires sleep to function, then you probably signed onto your social media accounts this morning with more than a little trepidation. After all, those people who went out to see the film last night would be letting everyone know how it stacked up. And lots of those people would have little hesitance about dropping key plot points before you’d had a chance to see the thing.

Even though, according to the NYSE, spoilers won’t be much of a concern come Monday:

Will you be seeing the new Star Wars @EpisodeVII (NYSE: $DIS) this weekend?

Of course, you need a fan’s perspective on this movie, because critics are too academic to truly be trusted with a space opera like Star Wars, one that’s at once hokey and brilliant, thrilling and cheesy. Nah, most critics just focus on the hokey bits like they outweigh the joy of interacting with the Force. So, what are fans saying? Lots of vague, awesome things:

Here’s one the fans of sleep can identify with:

Me right now after staring at my ceiling til 3 am or later contemplating Episode VII #StarWars pic.twitter.com/ZJuSC0UKxn

Just saw Star Wars Episode VII: The Force Awakens. I will be seeing it again tomorrow night. Nothing more to be said.

Of course, if you’re still curious about a critics insight, Rotten Tomatoes is a bright shining spot in the Star Wars Universe today:

And if that’s not good enough, CNET has you covered with a totally spoiler free review:

All in all, it would seem that Episode VII is, somehow, actually living up to the level of hype established by more than a solid year of marketing. Fans’ expectations for this one couldn’t have gotten much higher if God Himself had pre-ordered tickets and then Tweeted about it. Fortunately for fans, though, it seems that J.J. Abrams and his team have delivered in spectacular fashion.