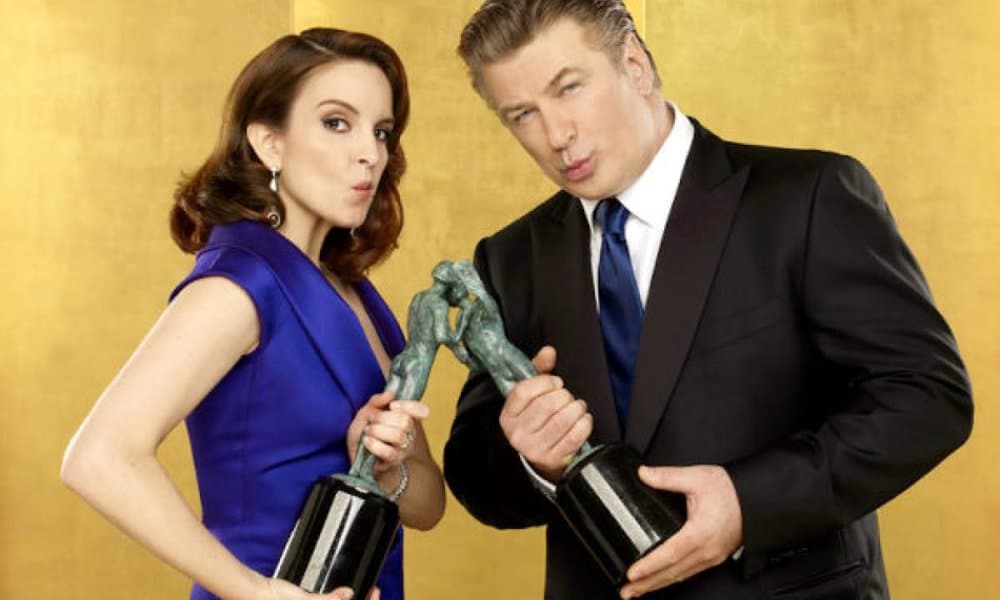 In the April edition of Vanity Fair, Alec Baldwin has opened up about the first time that he met Tina Fey, who would later become his 30 Rock co-star.

Tina was the SNL head writer at the time and Alec was there to host.

“When I first met Tina Fey — beautiful and brunette, smart and funny, by turns smug and diffident and completely uninterested in me or anything I had to say — I had the same reaction that I’m sure many men and women have: I fell in love.”

Alec then explains that he inquired about her relationship status and then proceeded to wonder why she was with her husband Jeff Richmond, who she refers to as “travel-sized.”

“When I ended up working with the two of them years later, on 30 Rock, of which Tina was writer, producer, and star, I changed that to ‘What’s he doing with her?’ Jeff, who was the talented composer and music supervisor on 30 Rock, is as loose and outgoing as Tina is cautious and dry.”