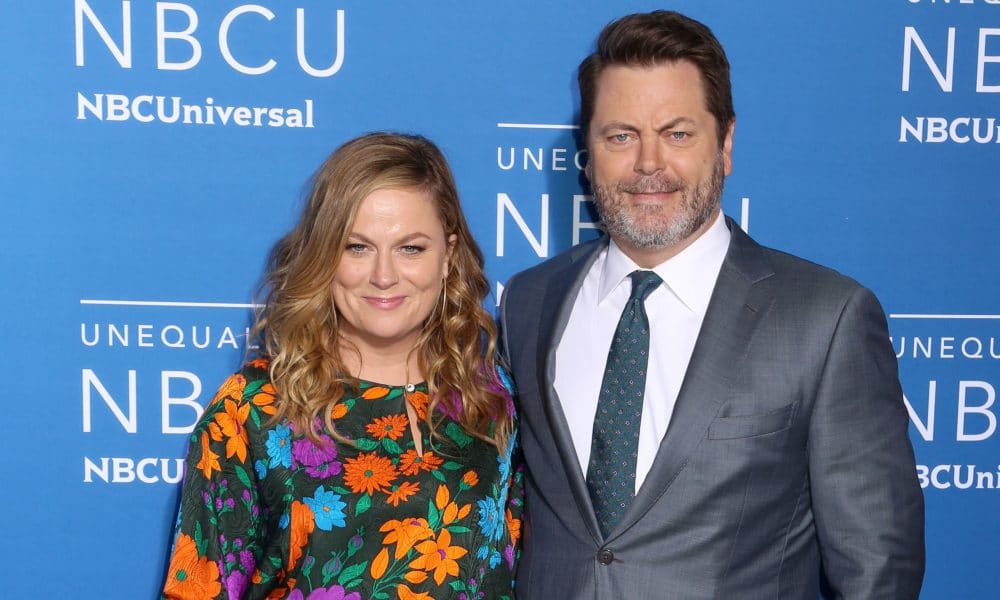 Yesterday on the Ellen DeGeneres Show, Amy Poehler and Nick Offerman stopped by to promote their new DIY competition series Making It. Of course, DeGeneres asked the pair about reuniting the entire Parks and Recreation cast for a possible revival of the hit NBC sitcom.

“Absolutely,” Poehler exclaimed when the talk show host asked about reuniting the citizens of Pawnee, Indiana.

Parks and Recreation aired 125 episodes over seven seasons between April 2009 and February 2015. While the show never received outstanding ratings, fans and critics equally adored the heartwarming comedy series. Poehler received four Emmy nominations for Outstanding Lead Actress in a Comedy Series and the show itself with nominated twice for Outstanding Comedy Series.

“Yeah, we just had a fitting earlier,” joked Offerman as the conversation about a potential reunion continued. “We said that if Beyonce will play the mayor, we’ll bring the show back,” he added. “This is Beyonce Knowles. The singer. The entertainer.”

During the show’s run, Poehler served as a producer as well as writing and directing a few episodes. Also, Offerman wrote an episode and directed two others.

“Oh my God,” Poehler commented. “I know, I’ll speak for everybody and say we would all do it. I think we’d all do it someday. It would be amazing.”

“Amy’s the boss of the show, so she can speak for everybody,” Offerman said.

Earlier this year, Parks and Recreation co-star Aubrey Plaza told Entertainment Weekly that she would be onboard with a revival of the series, though she thought it would work better if they waited a little longer since the finale only aired three years ago.