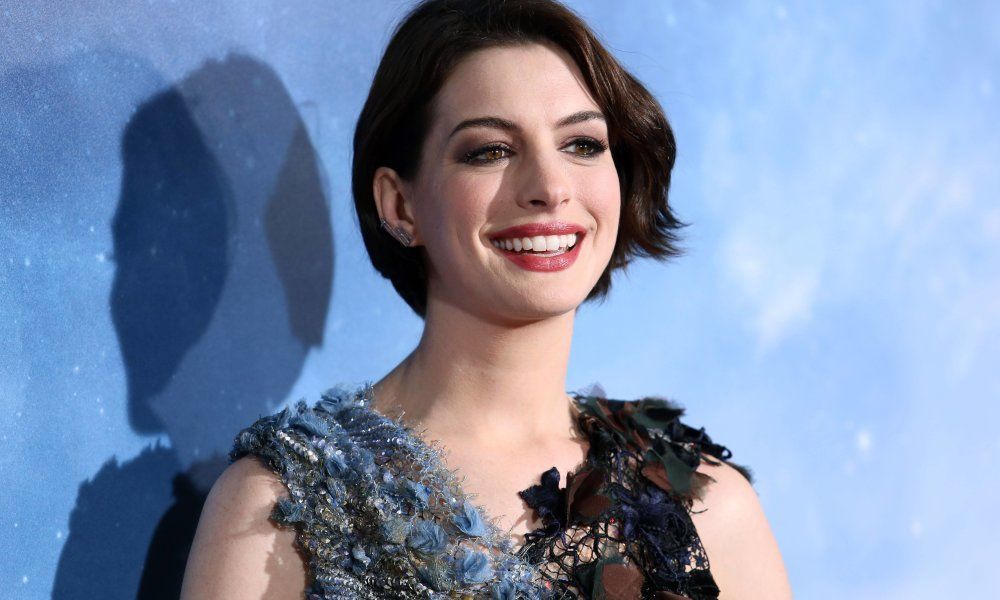 There’s just something delightful about Anne Hathaway, isn’t there? Some stars are able to seem nice on camera, to play well when the lights are on them, but they never truly come across as really genuine. Anne Hathaway, however, has never come across as one of those phony baloney celebs. Every time she’s in front of a camera, she comes across as down-to-earth (and kinda dorky), which may be why it’s always so nice to see her in the limelight.

After taking some time off from the spotlight to percolate a baby, Hathaway appeared on Instagram yesterday to surprise eager fans with a New Year’s greeting and a bikini pic. If you’re thinking that a bikini pic is out of character for the typically wholesome actress, then you’d be right. Hathaway herself said as much in the accompanying post:

“So, posting a bikini pic is a little out of character for me, but just now while I was at the beach I noticed I was being photographed. I figure if this kind of photo is going to be out in the world it should at least be an image that makes me happy (and be one that was taken with my consent. And with a filter :)”

And isn’t that why we love Anne Hathaway? She’s sweet, sure, but she’s also feisty, and she believes in doing things on her own terms.

The Oscar winning actress and her husband, Adam Shulman, announced in November that they are expecting their first child.