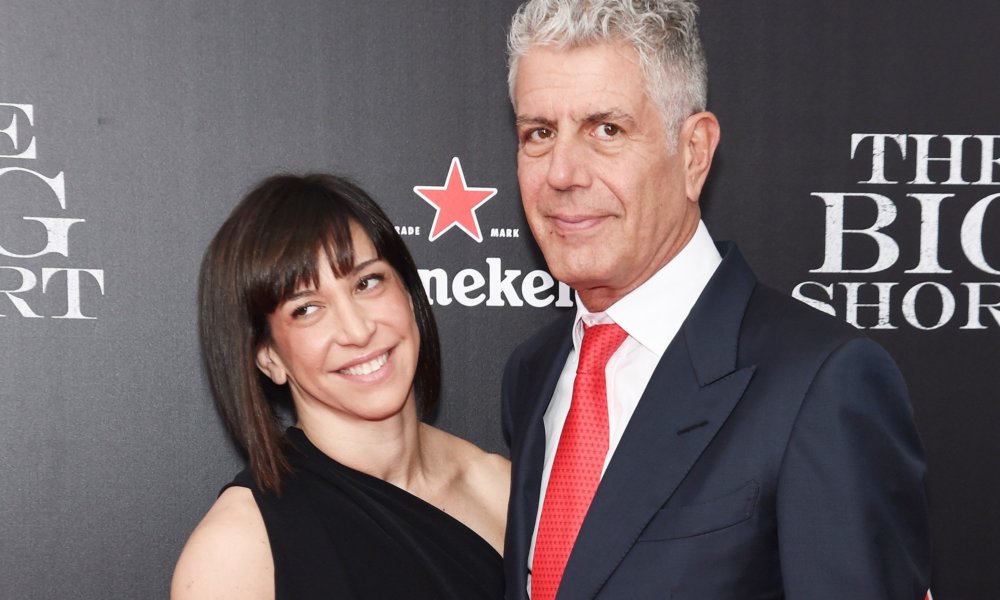 Anthony Bourdain and wife Ottavia have called it quits after nine years of marriage. A rep for the couple has confirmed the news, but has not yet released a statement about it. The two were married in 2007, which was also the year that they gave birth to their only child, daughter Ariane.

Just last month Ottavia wrote a column for Lena Dunham’s blog saying that her celebrity chef husband “half-jokes that he married Sophia Loren but ended up with Jean-Claude Van Damme.” Ottavia became a jujitsu-trained MMA fighter during the relationship and explained her transformation because of it.

Anthony and Ottavia were introduced by mutual friend chef Eric Ripert, who worked at the restaurant where Ottavia was the general manager at the time. They hit it off, and the two ultimately married in Italy where Ottavia grew up.

Some sources have claimed that the age difference between the two was a driving factor for the split, and that there were no third parties involved. The two reportedly remain close and supportive of one another. Just recently Ottavia congratulated Anthony on a Creative Emmy Award win from her Instagram account, proving that the bond is still strong between the two despite their differences.