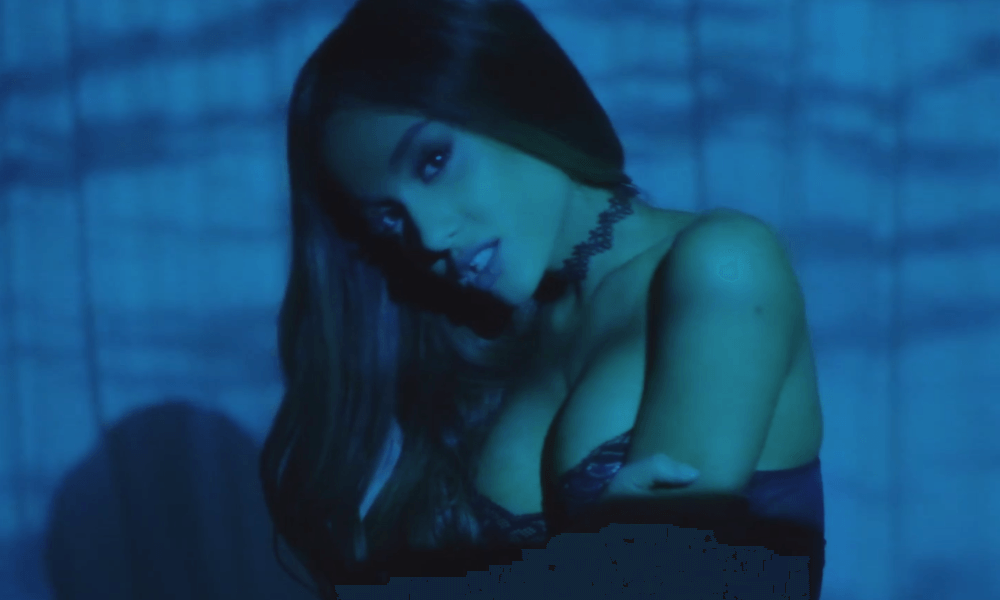 Ariana Grande has released the video for her single “Dangerous Woman” and it’s very different than the video that went around earlier in the week of her singing the song acapella in a white room. Gone is the latex bunny suit, here is an Ariana that we don’t get to see too often…with her hair down.

The video runs almost four minutes long is a fairly simple one. Most of the shots are of Ariana being uber sultry rolling around in some black lingerie, however, there were two versions of the video made so what the second take will be is anyone’s guess. The song is a little more R&B than we usually hear from Ariana, so it fits that the style of the video is a little more sexy as well. After all the lyrics include:

When the video was released on Wednesday night it reached 300,000 fans within the first hour. The single itself was released two weeks ago, but also had a moment on Wednesday when it hit the number one spot on the Billboard + Twitter Top Tracks chart.

“Dangerous Woman” is the lead single on Ariana’s sophomore album of the same name. Other songs on the LP will feature collaborations with artists like Macy Grey, Future, Lil Wayne, and Nicki Minaj. The current projected release date for the entire upcoming album is May 20.