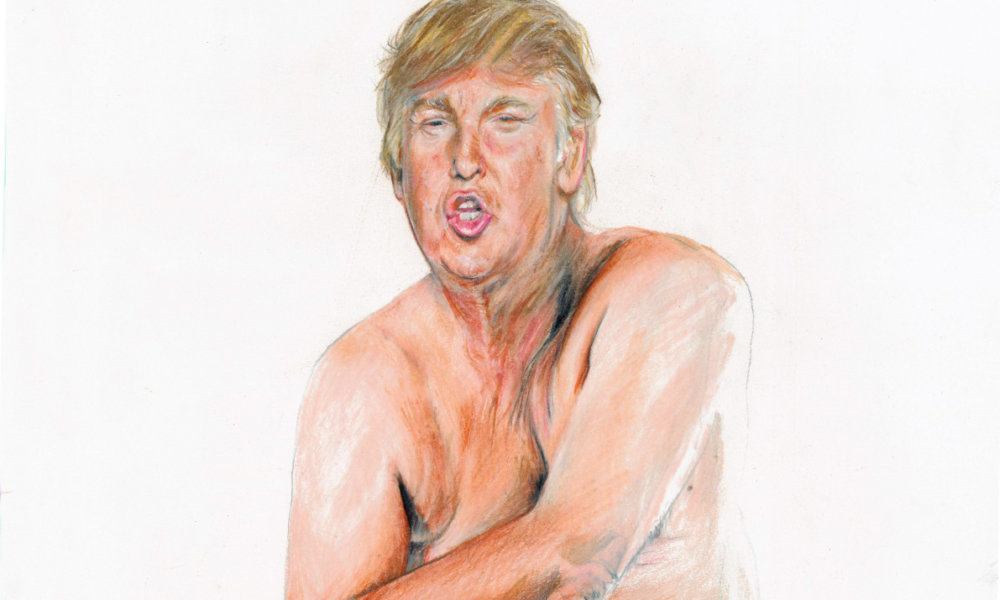 Sometimes the stupidest jokes just cut the deepest. In response to the popularity of a satirical painting by Ilma Gore titled, “Make America Great Again,” Donald Trump’s legal team has threatened action. If you’re not familiar with the painting, Gore’s work is a portrait of the GOP frontrunner in which the Donald is both completely naked and sporting a proud micropenis.

For the adventurous, here’s the complete painting. Gross, right?

You have to admit, the cheap shot at Trump is undeniably funny, though. At least that’s what Gore thought when she posted to painting to her Facebook page in February. Almost as soon as the painting went live, Gore said she was, “pummeled with thousands of death and rape threats and even stalkers at her home.” If that attention wasn’t bad enough, now Trump’s legal team has threatened consequences should the painting be sold.

Legal threats are far from new for Donald Trump, who recently promised his supporters that — if elected — he’d make it easier for people to sue journalists they don’t agree with. Guess that legislation will now be extended to artists.

What’s most surprising about the controversy is how sensitively the Donald is responding. Trump is perfectly well-endowed. We all know this. He’s gone out of his way to say as much in an actual speech on the campaign trail, when Marco Rubio suggested Trump has “small hands.” Wink, wink; nudge, nudge.

“Look at those hands, are they small hands?” Trump responded furiously. ”And, he referred to my hands — ‘if they’re small, something else must be small.’ I guarantee you there’s no problem. I guarantee.”

“Make America Great Again” is currently showing in London’s Maddox Gallery and is being valued at $1 million.