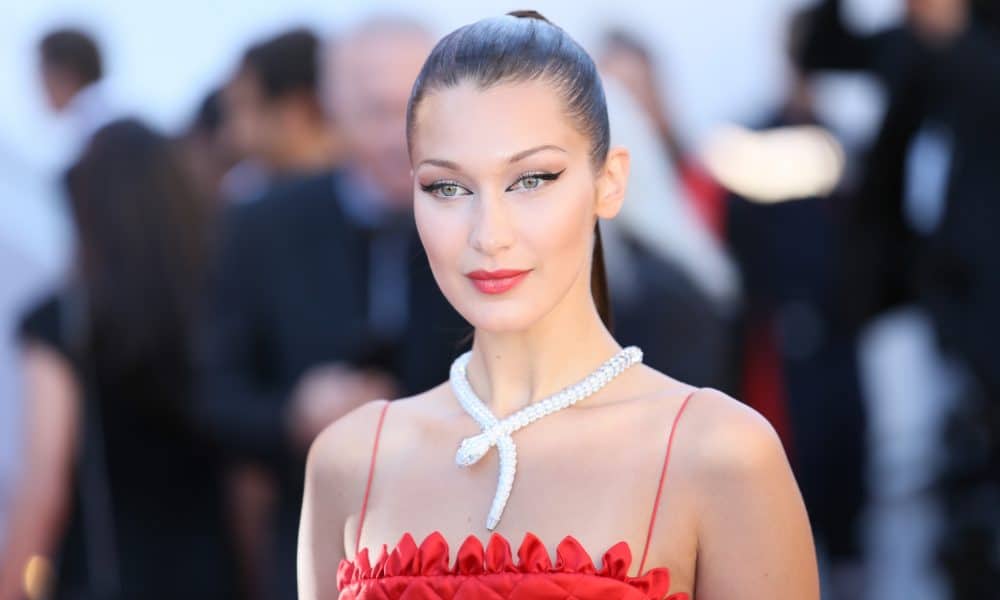 Bella Hadid spoke out against plastic surgery rumors in a recent interview. Or more specifically, the model denied getting lip fillers.

“People think I got all this surgery or did this or that. And you know what? We can do a scan of my face, darling. I’m scared of putting fillers into my lips. I wouldn’t want to mess up my face.”

She went on to discuss feeling confident and mentioned that she did not always have the highest self-esteem. Hadid explained that she was bullied for her “weird face” growing up and that as a teen she had “big hips and was kind of chubby.”

The model explained that she simply had to learn how to be confident, as well as not to pay too much attention to what strangers say about her online. She detailed that it is particularly hurtful to her when people go after her personality without knowing her at all.

“It’s taken me a long time to learn not to listen…there’s obviously something deeper going on. We all have our stuff to overcome, and that’s what I want to preach to the kids these days. I went through a serious depression last year, and I think it stemmed from when I was younger and [being bullied by] the kids in school. And now, I guess I shouldn’t be as self-conscious—people tell me that every day—but it’s a personal thing. We all go through it because we’re human.”

Bella Hadid’s sister Gigi Hadid is another model who occasionally speaks out against the online haters. Gigi had been criticized for her changing weight over the years, and early this year she shared some tweets explaining that she no longer planned on spendtime time defending her looks.

I will not further explain the way my body looks, just as anyone, with a body type that doesnt suit ur “beauty” expectation, shouldnt have to. Not to judge others, but drugs are not my thing, stop putting me in that box just because u dont understand the way my body has matured.

Please, as social media users & human beings in general, learn to have more empathy for others and know that you never really know the whole story. Use your energy to lift those that you admire rather than be cruel to those u don’t.